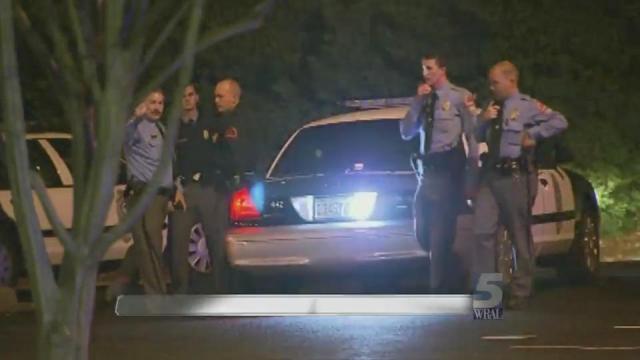 Raleigh, N.C. — A murder suspect who was shot by police was told multiple times to put down a shotgun before he fired at officers, according to a preliminary internal police report released Friday into the Nov. 23 shooting.

"He ignored these commands, stepped out toward the officers, pointed his shotgun directly at officers and fired," the report said.

"Mr. Calton collapsed to the ground near his weapon and continued to move, refusing to follow commands to remain still."

Calton, 53, was then arrested and charged with first-degree murder in the shooting death seven hours earlier of Jay Gould Simmons, 53, outside an auto parts store on East Millbrook Road.

Police say Calton fled the scene after Simmons' shooting, and according to the report, confronted Harmon and Moreland later that day near the rear of a shopping center on Creedmoor Road.

The officers were initially responding to a male caller's request at 8:21 p.m. to investigate "something suspicious" by a dumpster, but investigators determined shortly after the call that it was made using Calton's phone.

The report goes on to say that as officers were approaching the shopping center, at approximately 8:37 p.m., they heard a gunshot and saw a muzzle flash.

By 9:30 p.m., Calton had moved out of a nearby wood line, crossed the shopping center and took cover behind a dumpster, according to the report.

That's when he fired at Moreland and Harmon, who was hit in the arm.

Both officers have been placed on administrative duty until a State Bureau of Investigation conducts a criminal investigation, which is standard protocol whenever an officer is involved in a shooting.

Investigators haven't commented on a possible motive for Simmons' death although it is believed to have been over a late rent payment.

Simmons owned the home where Calton had lived, according to real estate records.

According to the police report, Calton is listed in good condition at WakeMed. Additional charges against him are possible.