Farmers dealing with oppressive heat during night and day

This heat we're all dealing with in our area isn't only dangerous, it can be damaging to plants and crops.

That's the case both during the day and at night. A biologist at N.C. State says the night temperatures can be just as big an issue as during the day.

The average daily low this time of year, in our area, is about 70 degrees. But we're seeing overnight lows in the mid to upper 70s and even a small jump in nighttime temps can put a hurting on crops.

"I'm a farm boy and keep things pretty simple," said Ricky Sears, who is growing tobacco and hemp, among other crops, at his Fuquay-Varina farm. 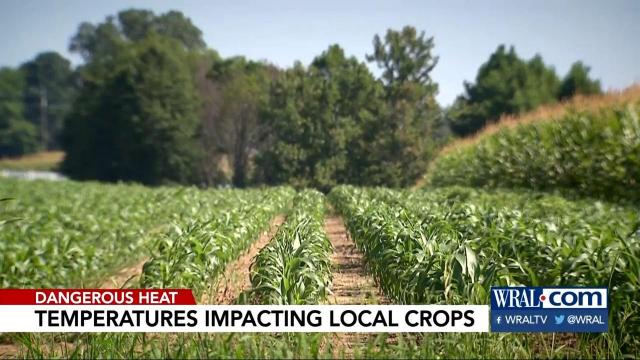 Even for his crops, these rows of days in the high 90s have them feeling the burn.

Beyond that, leaves might start turning yellow, brittle. But sundown doesn't always deliver much of a cool down. 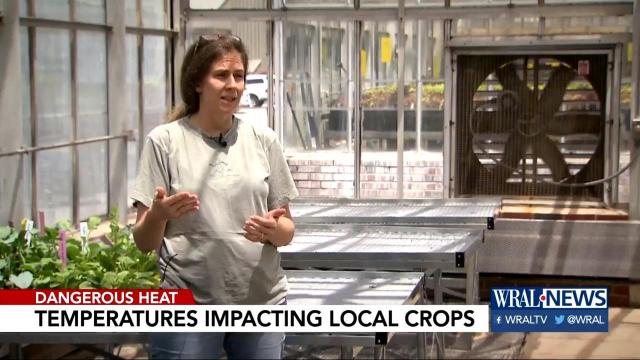 "It's been known for several years that warmer nights definitely decrease yield," said Collen Doherty, a biologist at NC State.

Doherty said our nights have been getting hotter at a faster rate than our days. She's said as long as plants have plenty of water, they can weather highs in the high 90s. It's the high daily lows that can spell trouble.

So plants don't sleep at night," Doherty said. "They're just as active during the night doing different things."

Things like pollen development and other chemical processes that are more efficient to do in the cool of night. When night isn't so cool anymore, those processes might get thrown all out of whack. 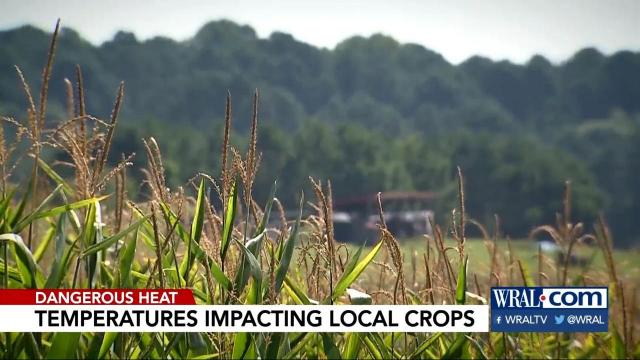 "It seems like there's something specific about night that plants really take a double hit," Doherty said. "When it doesn't cool off at night, that makes it when you start in the morning, it's already hot."

Sears said his crops would be suffering in this hot streak if not for the near-daily thunderstorms. They have kept the farm well-watered, so his tobacco and soybeans are doing well for now.