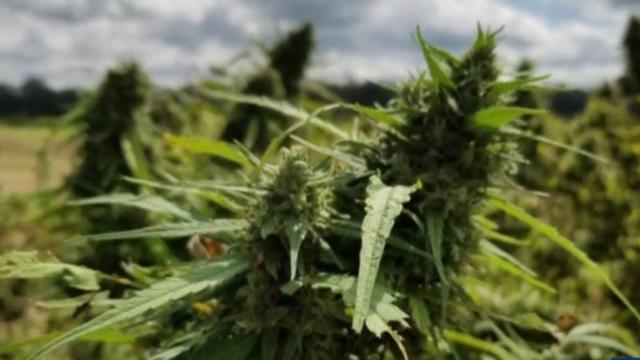 A wide-ranging piece of state agricultural policy passed the N.C. House Wednesday evening with its controversial hemp regulations stripped out.

The vote was 86-34, and the bill is set to come before the N.C. Senate Thursday. That chamber will likely give final passage to measures N.C. farmers have wanted to see, wrapping up a back-and-forth saga on the bill.

But the General Assembly has punted on sections that held up passage for a year.

Half the bill, laying out new state regulations for the hemp industry, is gone. Law enforcement and farmers couldn't agree on what to do about smokable hemp, a profitable part of the hemp plant that doesn't get users high but looks and smells just like marijuana.

Farmers wanted to leave it legal in North Carolina, as it is now. Law enforcement said that was as good as legalizing marijuana because officers, unable to distinguish between the two, would lose probable cause when it comes to marijuana.

With the hemp language removed the state's burgeoning hemp industry will be regulated under a pilot project farming lobbyists are trying now to get extended at the federal level. Lawmakers had sought to put more permanent state level regulations in place.

Lawmakers also removed language from the bill that would have made it easier for farmers to offer shooting sports on their property, an issue that had raised concerns for neighbors.