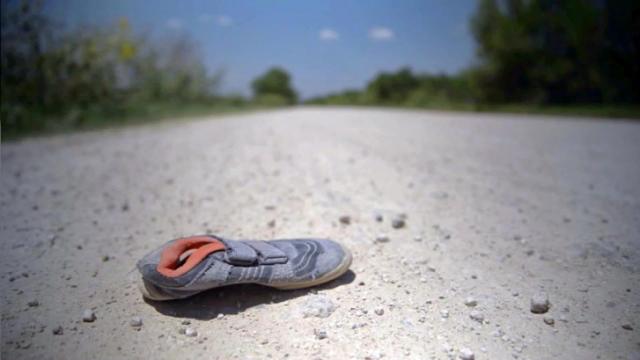 Why did WRAL take on this topic?

This is a pressing issue facing our country and North Carolina. It's in the news daily. It's a humanitarian, economic and political issue that's important. A lot of these people end up in North Carolina. We wanted to inform our viewers. We worked very hard to present all sides of this issue. We knew going in that there would be strong opinions. As journalists, we must have the courage to tell the full story without bias under great scrutiny.

What is the impact in North Carolina of children making the journey alone?

The U.S. Department of Health and Human Services has released 2,000 unaccompanied children to sponsors in North Carolina. These children will now have to attended court hearings in immigration court in Charlotte.

What is North Carolina doing about it?

Senator Burr believes the current situation at the border underscores what he has said all along: the border is not secure, and it is imperative that we address what border security should look like today, tomorrow, and down the road. With regards to the immediate crisis, the Obama Administration must make it clear to individuals and governments in Central and South American countries that the United States is not relaxing immigration standards for those who illegally cross, including children, and that most of these individuals are required under law to be deported. We are the most compassionate nation in the world but moving these minors from detention center to detention center is inhumane. Senator Burr supports common-sense changes in existing law that would expedite the removal of unaccompanied minors to their homes and to keep them from spending weeks or months in federal custody.

We are a nation of laws, and those laws must be respected and followed. We cannot simply open up our borders, and these children will ultimately have to be sent back to their home countries. I believe Congress should take action to address the humanitarian crisis on the border, but that response must address the root causes of this migration by cracking down on the criminal trafficking operations that are transporting these children. That's why I have advocated for funding for the military's U.S. Southern Command to combat these traffickers along the routes they're using to bring kids to the U.S.

Why do children cross the border into the U.S.?

According to the Office of Refugee Resettlement, the reasons include, but are not limited to:

What happens to children who cross the southwest border alone and are captured?

Children under 18 who come into the U.S. without an adult are placed in the care of the Office of Refugee Resettlement. The children, known as unaccompanied alien children, undergo a health screening and receive vaccinations and a mental health screening before being placed in short-term shelters, which provide them with:

How long do the children stay in the shelters?

The average length of stay in the program is about 35 days, and about 85 percent of the children are reunited with their families, according to the Administration for Children and Families.

How many children are placed in shelters each year?

The Division of Children’s Services helps an average of 7,000 to 8,000 children each year. About three-fourths of those are boys age 14 and older, and most come from Guatemala, El Salvador and Honduras, according to the Administration for Children and Families. In fiscal year 2013, the children originated from:

Do the children pose a health risk?

The children are given a medical exam and given all needed childhood vaccinations to protect against communicable diseases, according to the Administration for Children and Families. They are also screened for tuberculosis and receive a mental health exam. If children are determined to have any communicable disease or have been exposed to a communicable disease, they are placed in a program or facility that has the capacity to quarantine. If they have mental health problems, they are placed in a specialized facility to meet their needs instead of a temporary shelter.

Can the children get out of the shelters?

While at the temporary shelters, the children do not leave the grounds and do not integrate into the local community. They are not allowed to roam the local town or visit area attractions unless supervised by approved staff, according to the Administration for Children and Families. Each staff member is required to maintain visibility on children at all times and know the exact location of each child.

The children can leave the shelters when are placed with a sponsor. The sponsors are most often family members who do not live in the area of the temporary shelter. A background check is conducted on all potential sponsors, and steps are taken to verify a potential sponsor’s identity and relationship to the child. In some cases where concerns are raised, a home study is done.

What if a child can’t get a sponsor?

If the Office of Refugee Resettlement cannot identify a viable sponsor, the child will typically remain in ORR care unless the following happens:

How much does it cost to take care of unaccompanied children?

The 2014 fiscal year appropriation for the program is $868 million, according to the Administration for Children and Families.

How can the community help these children?

Federal agencies supporting the facilities are unable to accept donations or volunteers to assist the unaccompanied children program. Several refugee resettlement non-governmental organizations in the U.S. accept monetary donations and, in some cases, experienced volunteers to assist incoming refugee families, although not specifically unaccompanied children. Information, by state, for refugee resettlement NGOs can be found online at the State Department’s Refugee Processing Center or the Health and Human Services Office of Refugee Resettlement. Another organization is the U.S. Committee for Refugees and Immigrants. Parents who are looking for their child can call the organization's Parent Hotline at 202-401-5384 or 800-203-7001. The phone lines are open seven days a week from 9 a.m. to 9 p.m. EST.

Can I foster or adopt one or more of these children?

The Office of Refugee Resettlement requires that all foster care parents be fully licensed by their state. If you are not already licensed, you can begin by contacting one of the foster care providers who care for unaccompanied children, such as United States Conference of Catholic Bishops and Lutheran Immigration and Refugee Services who have provided foster care to unaccompanied refugee and immigrant children for many years, according to the Administration for Children and Families.