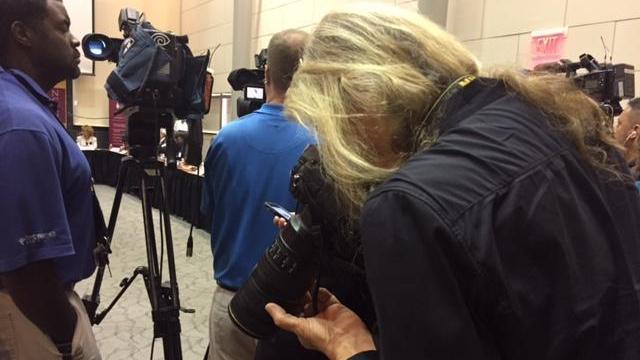 Raleigh, N.C. — A woman who some consider to be one of the world's most successful photographers made a stop in the Triangle Wednesday.

Annie Leibovitz took several photos of U.S. Attorney General Loretta Lynch as she spoke at a roundtable in Raleigh.

Leibovitz told WRAL the photographs will be part of an upcoming story in Vogue magazine.

Leibovitz has taken some of the most iconic photos of the last 50 years, including The Rolling Stones, John Lennon, Queen Elizabeth II, Miley Cyrus and most recently, Caitlyn Jenner.