Fayetteville, N.C. — Fourteen years after he was gunned down in his Fayetteville barber shop, family and friends are still searching for answers in Creg Johnson's death.

People have gathered and prayed outside the barber shop each Nov. 20 since then.

"It's always devastating knowing when Nov. 20th comes around we're going to have to hit the streets again trying to find the killer," Johnson's uncle, Vernice Thomas, said Wednesday.

Michael Lewis moved into his house around the corner from the barber shop earlier that day in 2005.

"The next morning, there were cars parked all over the street, and [I] later found out that he had been murdered," Lewis said Wednesday. 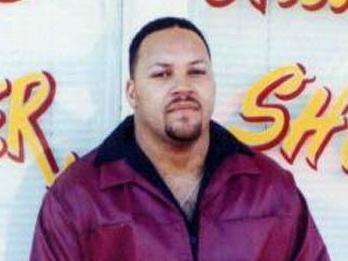 Police joined Johnson's relatives to go door to door Wednesday morning to distribute fliers to businesses and homes along Yadkin Road and nearby neighborhoods about Johnson's death.

Investigators said they believe robbery was the motive for the shooting, but they said it wasn't a random act.

"I feel like Creg was in an environment that he trusted. I feel like whoever committed this was someone that was an associate of his and took advantage of his trust," said Daniel Johnson, an investigator with the Fayetteville Police Department.

Family members said they hope the fliers encourage someone to come forward with information that will help solve the case and bring then closure.

The family, Fayetteville/Cumberland County Crime Stoppers Board and the Governor’s Office are offering a combined reward of up to $10,000 for information leading to an arrest in the case.

"Turn yourself in. Contact the police and let them know who you are and what you've done and get that burden off your shoulder," Johnson's aunt, Linda Thomas, urged the gunman.