The family of the man killed identified him as Jermaine Harris, a 32-year-old who had battled schizophrenia and anxiety since he was 19.

The family says he was a kind person who had never hurt anyone in the past, but after years of trying unsuccessfully to get him help for his mental illness it became too much for him to bear.

"It’s not like we’re angry with anybody, it’s more so like we’re trying to cope with what happened. And things that could have been done to avoid this," said Renota Pettaway, Harris's cousin. "Hate that this had to happen. There’s no justification to what happened, but due to his mental capacity, he couldn’t help what was going on. He was not of himself." 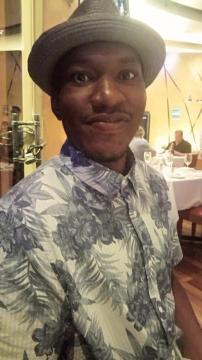 Helen Mayo, Harris's aunt, said she tried to get her nephew help "over and over again."

"Just trying to send him away for awhile so he could get treated. He would be here today. Yes I'm angry," said Mayo.

Calling his wounded deputy a hero today, Atkinson also says the incident could have been avoided. He’s calling on the state to invest in new resources for those needing high-level mental health care.

"Please pray for the family of the deceased," Atkinson said. "Law enforcement and families, we need help. We need long-term facilities."

According to Atkinson, deputies responded to a home in the 4300 block of McNair Road around 2 p.m. after a woman called to report she was being chased by a man with a knife. Atkinson said the 32-year-old suspect "lunged out with the knife" as soon as the caller opened the door for deputies.

"And I tell you guys watching this on video, my deputy was stabbed within three seconds," Atkinson said. "My deputies had no time to react."

Atkinson said three deputies responded to the scene. After one deputy was stabbed two times, the suspect "ran at the second deputy" with a "large tactical-style pocket knife," the sheriff said. At that point the suspect was shot by deputies.

"He protected the caller despite being stabbed. He remained calm, still providing professional instructions to the other two deputies on the scene. Yeah, he's a hero. Not me. Him," said the Sheriff.

The injured deputy was treated and released from Vidant Medical Center in Greenville and is now recovering at home.

The sheriff became emotional during the Friday morning press conference, saying, "it is always difficult when a life is taken" and "because of this all of our hearts are hurting."

Atkinson asked for prayers not only for his office but for the community and the suspect's family. He said the suspect suffered from mental health issues and explained his deputies had responded to that home several times before. He also talked about the importance of body cams and mental health awareness.

"We need help," he said, saying that he deals more now with mental health calls than ever before. "[Mental illness] is in my family, it's in yours. I'm asking that our citizens stand behind my office and my community during this trying time."

On Thursday after 2:10 p.m., Sky 5 video showed authorities surrounding the single-story home, which was surrounded by crime scene tape. McNair Road was shut down into the evening.

"I feel bad for all of them," said Gay Lucas, a neighbor. "Just afraid for the deputy and his family and the suspect's family."

The State Bureau of Investigation has been called in to investigate the incident, and all three deputies are on administrative leave, which is standard protocol for an officer or deputy-involved shooting.