Angier, N.C. — The mother of a 25-year-old woman who died in a hit-and-run Thursday night is seeking answers--and justice.

Angier Police said they have surveillance video showing the moment Katelyn Lothrop was struck by an SUV while attempting to cross NC-210 near Fish Drive on Feb. 6. The tragic moment happened shortly before 7 p.m., a time of day with heavy traffic, while the turbulent rain and wind from Thursday's severe weather was still impacting roadways and visibility.

While other passing vehicles stopped to help her, the driver sped away.

Lothrop was taken to Central Harnett Hospital, where she was pronounced dead.

Police said it appeared to be an accident; however, once the driver left the scene, it became a crime. 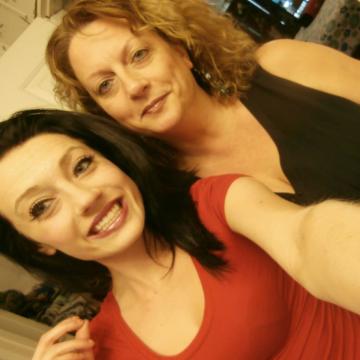 Now, police and family are trying to find the person who hit Lothrop, then left her on the roadside.

The Town of Angier website also offers a section for submitting anonymous tips.

A memorial cross with flowers has been set up in honor of Lothrop.

Lothrop's mother said she's hoping to find the person who killed her daughter. "I don't even know what to say. I am trying so hard to keep it together right now. My heart is broken and there is no way that I can ever begin to explain the pain I am feeling," she said.