Nash County, N.C. — As the investigation into the death of Diana Keel continues, community members are questioning another part of her husband Lynn's past -- the death of his first wife.

Rexford Lynn Keel Jr., who goes by Lynn, was arrested in Arizona Sunday and charged with killing his wife in Nash County. A state transportation worker found Diana Keel's body on Tuesday about 30 miles from the couple's Nash County home.

Preliminary reports suggest Diana Keel was stabbed to death, and friends said she and Lynn were having issues with their marriage.

"It was just the atmosphere and the aura that, you know that vibe that you get from somebody, it was always very tense," Taryn Edwards, Diana's friend, said of Lynn, adding that Diana never indicated that she was fearful of being physically harmed by her husband.

Former friends of Lynn Keel told WRAL that he and his first wife, Bess, also lived in North Carolina.

“He would come to Christmas parties and luncheons," said Matthew Lambert, who worked with Bess Keel for four years at Microbac Laboratories in Wilson. "He was a truck driver at that time." 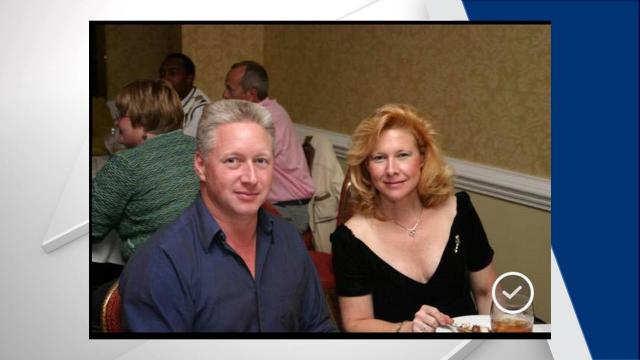 Lambert said Bess was known for her remarkable spirit before her untimely death at the age of 42.

"[She was] sweet and nice," Lambert said of Bess, who spent her entire life in Nash County and graduated from Wesleyan College before working at the lab. "She was always professional.”

Authorities say Bess Keel died in 2006 after a fall. While investigators looked into the case, the medical examiner ruled her death as "accidental," but those who knew the couple now have questions.

“Bess was outdoorsy and liked to ride horses," Lambert said. "They thought it odd that she would fall down the steps.”

In a statement, Bess Keel's family said they have "always questioned Bess' death and feel deeply saddened that another life has now been taken."

Lambert said he and other coworkers hoped authorities would reopen the case. On Sunday, after Keel was arrested, they learned that would finally happen.

In a press conference on Sunday, Nash County Sheriff Keith Stone referenced the investigation into the death of Keel's first wife.

"We're going to work all the leads on that and we're going to go back and look at the information we had on the first incident reports," Stone said. "We're going to talk with the District Attorney's office. It's something that we need to be looking at."

WRAL News has requested the autopsy of Keel's first wife.