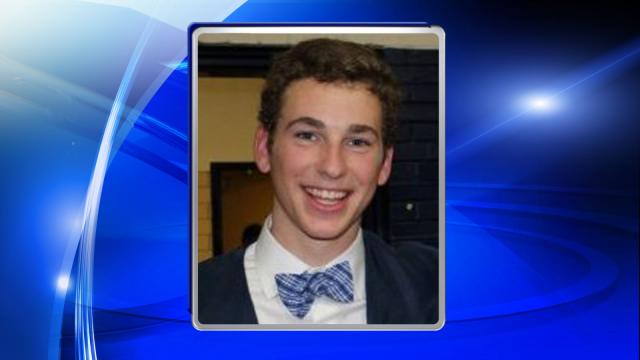 Raleigh, N.C. — The family of a University of North Carolina at Chapel Hill student accused of killing three people in a weekend crash on Interstate 85 spoke for the first time Wednesday about the wreck.

In a statement issued through Raleigh attorney Roger Smith Jr., the family of Chandler Michael Kania said they are "absolutely devastated about this tragedy" and that their "hearts, prayers and thoughts" are with the victims' families.

State Highway Patrol troopers say Kania, 20, of Asheboro, was driving north in the southbound lanes near the split of I-85 and Interstate 40 in Orange County early Sunday when his Jeep Wrangler collided with a Suzuki driven by Felecia Harris.

Jahnia King, 9, who was in the back of Harris' vehicle, was in good condition Tuesday at UNC Hospitals.

Baird was Harris' granddaughter, and King was her youngest daughter.

Kania is charged with driving while impaired, driving the wrong way on an interstate, careless and reckless driving, driving after consuming alcohol as a minor, possession of alcohol by a minor and having an open container of alcohol in a vehicle.

The North Carolina State Highway Patrol plans to file various felony charges against him upon his release from UNC Hospitals, where he is being treated for two broken ankles and other injuries suffered in the fiery Sunday morning crash.

Smith said Kania, a rising junior at UNC-Chapel Hill, is cooperating with the investigation of the crash and would continue to do so.