Durham, N.C. — A man killed in the middle of the a day in January at the Triangle Village Shopping Center parking lot in Durham was remembered Saturday evening.

The family of 31-year-old Darelle Harper held a vigil at the place where he was killed, hoping it would help with the healing process.

His friends and family had the support of the community and a popular quilt maker as they remembered Harper’s life.

Months later his family said they are still just as heartbroken. 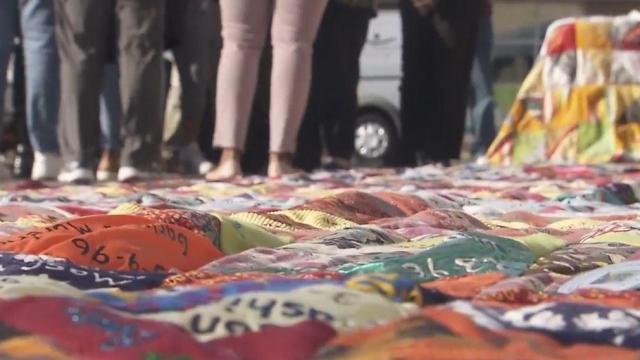 Harper's mother, Shirley Harper Chambers, grieved as his name became the 745th on the quilt that documents violent deaths in Durham since 1994.

"It just took a part away from me. It was like I lost a part of my heart," she said. 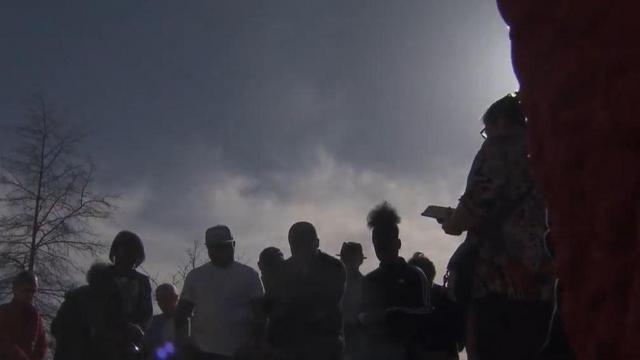 Harper's mother said she remembers how she learned the news of her son's death.

"Someone called me, as of today, I still don't know who made the call to me," Harper Chambers said. "And I got here, and he was already deceased."

Those at the vigil watched as a brightly colored square with Harper's name was added to the quilt.

Quiltmaker Sidney Brodie called the quilt a juxtaposition of beauty and affliction.

"It's been called a beautiful shame, and it is," Brodie said. "It's a shame, but it's something I think is necessary."

When names are added to the quilt and vigils like this take place, many families find peace in knowing the victim’s story won’t be forgotten, Brodie said.

"The data, the police logs, the news reports, they fade," he said. "They don't stay with us, but a piece of art, we kind of remember that."

Tyrone Stanback, 25, was charged with Harper’s murder. In an interview with WRAL, he said his intention was not to kill Harper, but to protect himself and his girlfriend, 28-year-old Danon Hirsch, who is a co-defendant in the case.