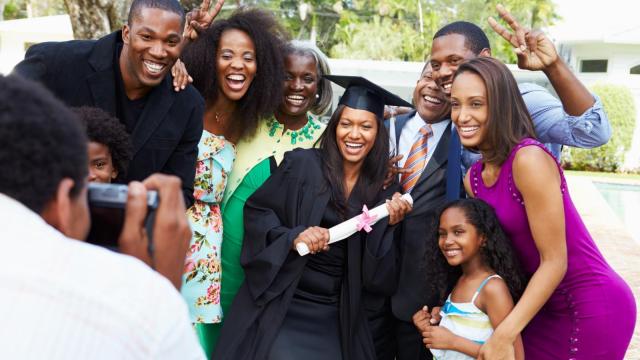 Families spent less out-of-pocket for college in academic year 2015-16 compared to last year, as they took advantage of more scholarships and grants to foot the bill, according to “How America Pays for College 2016,” the national study from Sallie Mae, the country’s largest private student lender, and Ipsos, a global independent market research company.

Scholarships and grants covered 34 percent of college costs, according to the report, the largest percentage of any resource over the last five years. Approximately, half of families used a scholarship or grant to help pay for college.

“Families wrote smaller checks for college this year as they looked less to their wallets and more toward free money to make college happen,” says Raymond Quinlan, chairman and chief executive officer, Sallie Mae, a company focused on helping families save, plan and pay for college. “Scholarships and grants have become an increasingly important part of the pay-for-college mix, and it’s encouraging to see organizations, schools, and the government stepping up to provide them.”

Families are putting their money where their mouth is -- the vast majority are willing to stretch financially to make college happen.

• Making college more affordable: Nearly all families took at least one cost-saving measure, while most took five or more. These measures include cutting personal spending, working while in school, living at home, and taking accelerated coursework to graduate faster.

Additionally, four in five students attended college in their home state, and one in three started at community college. Eighty-five percent of families completed the Free Application for Federal Student Aid (FAFSA).

• Borrowing not a forgone conclusion: Fewer than half of families borrowed last year. In fact, the proportions of funding from family savings and income and scholarships and grants were twice as high as the proportion of funds borrowed. Student borrowing paid 13 percent of all college costs, down from 16 percent last year.

• Cost important, but not top factor: Sixty-seven percent of families narrow college choices based on cost, but when it comes to making the final decision, this takes a back seat. Primary reasons in choosing a college are split evenly between academic program and personal choice, which includes campus culture, extracurricular activities and student population. Cost ranked third at 27 percent.

• Planning still pays off: Only 40 percent of families have a plan to pay for college — but in families with plans, students are more likely to pursue bachelor’s degrees, there is more willingness and ability to spend on college, and students borrow 40 percent less than those from families without plans.

“The results of this important annual study shed light on critical financial decisions families are making for and with their college-bound students,” said Julia Clark, senior vice president at Ipsos Public Affairs. “The changing roles that college cost, borrowing, and savings play in this process are essential to understand as key factors in the broader higher education landscape.”