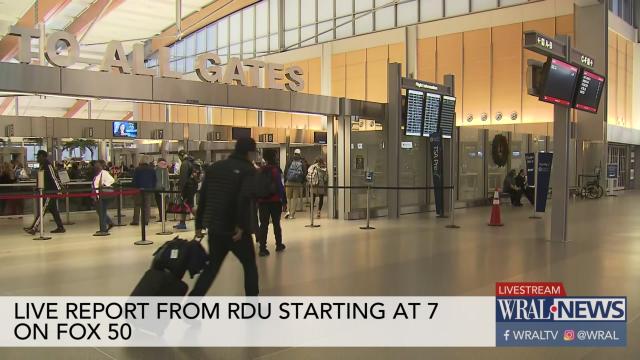 Airport officials said a fire alarm went off in Terminal 2 at about 5:20 p.m. and an evacuation followed. Authorities discovered the incident was a false alarm about 20 minutes later.

Those at the airport during the incident said they heard the alarm, followed by an announcement saying there was an emergency at the airport.

Victoria Clifton Gray said the announcement said there was a possible fire in the terminal and advised passengers to find the nearest exit.

“You did see crowds of people initially, because that was right after they made mention of it, but then shortly thereafter, it kind of smoothed itself down and was calm,” she said. “There was no panic, no real panic, just concern.”

Gray said she went to leave the airport, but ultimately stayed inside after she said she felt the situation wasn’t that serious.