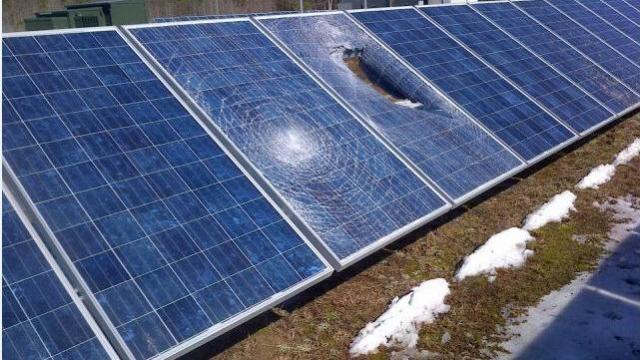 Garner, N.C. — Solar panels in a farm owned by Capitol Broadcasting Company, parent company of WRAL-TV and WRAL.com, were damaged Friday as ice melted and fell in chunks from the television tower.

As temperatures climbed to 60 degrees, ice that had collected over two days on the 1,800-foot-high tower began to break up and plummet to the ground. By midday on Friday, those who work at the site, in Garner off U.S. Highway 70, had decided to turn off the power and leave. They planned to return after all the ice had melted for a more complete damage assessment.

"We had complete sunshine, and there was no cold air coming in behind this system," WRAL Chief Meteorologist Greg Fishel said in explaining the warmer-than-forecast weather Friday afternoon.

CBC sells energy produced at the solar farm to Duke Energy Progress, which has a state mandate to get more power from renewable sources.