Fakir Musafar, Whose ‘Body Play’ Went to Extremes, Dies at 87 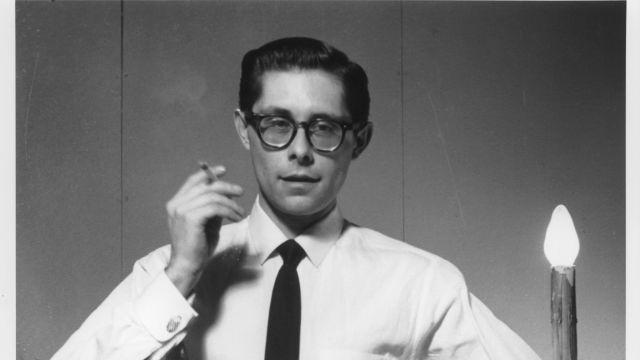 Fakir Musafar first found pleasure in pain as a teenager named Roland Loomis in his family’s basement in the mid-1940s.

It was the beginning of a lifelong passion for piercing, branding, tattooing, suspension, corseting and other outré practices that he would come to call “body play.” After years of conducting these activities in secret, away from society’s judgmental gaze, he changed his professional name and became a performance artist and passionate body-play advocate.

Musafar’s efforts helped create the modern primitive movement, whose name he claimed to have coined in an article he wrote in the late 1970s. He shared modern primitivism with the world by performing, publishing a magazine devoted to it and teaching classes on branding and piercing until shortly before his death on Aug. 1 at his home in Menlo Park, California. He was 87.

Musafar saw body modification as a transcendent experience, not a tawdry thrill, and viewed himself as a shaman and teacher. Dubois said that his motto might best be summarized as “The body is the door to the spirit.”

“I don’t do this for shock and awe, or for showbiz,” Musafar told The San Francisco Chronicle last year.

Regardless, Musafar employed extreme methods. He pierced different body parts, enlarged the piercings until they could accommodate large objects like swords, then dangled weights from the piercings or attached chains to them. He suspended himself from hooks embedded in his chest or back. He strapped on a corset so tight that it changed the shape of his body into an hourglass.

Calling such experiences painful, he contended, was a mistake.

“There is no pain,” he told The Vancouver Province in 2005. “There is only intense sensation.”

He added that the main difference between pain and intensity was readiness.

“When you get up from bed and stub your toe, you didn’t ask for it, you didn’t expect it, and it hurts. That’s pain. When you push needles through your cheeks, you experience an intense sensation.”

Body piercings and tattoos once considered shocking are now unremarkable in much of the country. But when Musafar began his experiments with body modification, there was no telling how neighbors, or the police, might react. He said he had sought support from the gay and bondage communities, who were more open to many of his ideas.

“We were all excluded from regular society, so we had something in common,” he said in a documentary for French television. “We were fighting for a common goal, and that was to be let alone, to be able to do what we wanted to do, not be thrown into mental institutions, harassed, bothered by authorities.”

Musafar, who worked in advertising for many years, understood that the best way to make modern primitivism palatable was to familiarize people with it. He wrote about the movement in magazines, gave interviews for books like “Modern Primitives” (1989), showed his photographs of body modification in art galleries and online, and appeared in television news segments and documentaries films.

One of these documentaries, Mark and Dan Jury’s “Dances Sacred and Profane” (1985), showed Musafar dangling from a tree by metal hooks in his chest as part of a re-enactment of a Native American ritual, and walking while wearing a weighted contraption that pressed dozens of minute skewers into his upper body.

In the 1990s, Musafar published a magazine, Body Play and Modern Primitives. In more recent years, he ran classes to teach branding and piercing “in a shamanic way,” he said; “that is, to do this so that something happens besides what you see in the physical body.”

He told CNN in 1995 that he thought his efforts to make body modification acceptable had succeeded.

“We have a whole mess of young people who have said, ‘If this isn’t sanctioned by society in general, we’ll form our own society and we’ll make our own sanctions and our own initiations and our own rituals,'” he said, “which is indeed what has happened in the subculture.”

Roland Edmund Loomis was born in Aberdeen, South Dakota, on Aug. 10, 1930. His father, Victor, was a mechanic, and his mother, Eva, was a homemaker. His parents, observant Lutherans, hoped he might one day become a minister.

As a child, he became fascinated by articles and photographs in National Geographic and other magazines about so-called primitive cultures. He first pierced his genitals in secret in the family basement when he was 14.

An avid photographer, he told his parents that he was developing film in the basement, Dubois said, while he experimented with “tying himself, self bondage, sensory deprivation, intense sensation done with clothespins, transformation, wearing very, very tight things.”

He earned a bachelor’s degree in education from Northern State Teachers College (now Northern State University) in Aberdeen in 1952, then served in the Army during the Korean War.

He eventually moved to Northern California and earned a master’s degree in creative writing from San Francisco State University in 1956.

Musafar worked as a dance teacher and in advertising for technology companies and was married, briefly, in the 1960s. But he mostly kept quiet about his body modification until the late 1970s.

He took on the name Fakir Musafar in 1977 at the first International Tattoo Convention in Reno, Nevada, and began to tell the world about the joy he had found through body modification.

He met Dubois in the early 1980s. They were just friends, until she saw “Dances Sacred and Profane.”

“I saw him hanging by flesh hooks,” she said last year, “and I fell in love with him in that moment.”

They married in 1990. In addition to her, he is survived by a brother, Roger; a sister, Karen; and a stepson, Jeff Loomis.

Musafar said that he found it sad that Western society had largely abandoned the catharsis and insight to be gained from body modification. “Most people go through life and their awareness of reality is very small,” he said in the French television documentary.

“Throwing caution to the wind, and flirting with death and doing these kinds of things that I did, makes reality much larger,” he continued, a blissful expression playing across his face.