Washington — In remarks at the White House, President Donald Trump faulted his predecessor for making it harder for the government to ramp up testing for the new coronavirus.

"The Obama administration made a decision on testing that turned out to be very detrimental to what we’re doing, and we undid that decision a few days ago so that the testing can take place in a much more accurate and rapid fashion," Trump said. "That was a decision we disagreed with. I don’t think we would have made it, but for some reason, it was made. But we’ve undone that decision."

When reporters asked, the White House pointed to a February Food and Drug Administration policy that relaxed the rules on tests for coronavirus developed in labs. The change allowed labs to start using "COVID-19 diagnostics" while they are waiting for the FDA to approve their testing procedure. The FDA laid out specific steps for labs to follow to show that their method for spotting the virus held up under scrutiny.

The change applied only to labs that met the highest standard, those that are "certified to perform high-complexity testing."

The FDA’s policies here go back many years and fall under the umbrella of Emergency Use Authorization, a fast-track for deploying medical help when time was of the essence and waiting for the normal approval process made no sense.

The FDA has general guidance for using medical treatments that haven’t gone through the usual clearance process. Emergency Use Authorization dates to 2004 during the administration of former President George W. Bush.

As part of American counterterrorism policy, Congress passed the Project BioShield Act of 2004. It allowed the FDA to issue Emergency Use Authorizations so diagnostic tests and treatments could be shared faster during a health emergency. The law was extended in 2006 and reauthorized in 2013.

Basically, a lab or a drug maker could tell the FDA it had a promising approach, apply for an emergency authorization, and the FDA would move as quickly as possible to approve or disapprove the proposal.

The FDA has a lot of flexibility in how it oversees these emergency authorizations. It issues guidance, not to be confused with hard and fast regulations. The guidance from the FDA in 2007, before former President Barack Obama took office, is very similar to the one in 2017 at the very end of the Obama administration.

Both stress the need for speed and encourage labs to start talking to the FDA as early as possible before they submit their application to reduce the turnaround time. The FDA lays out what it wants to see in an application, but in case a lab can’t provide that in "a timely manner," the FDA "will accept and evaluate the request for an EUA based on data in the form the sponsor is able to submit," according to the 2017 guidance.

"They could turn them around in a day or two, depending on how similar it was to an existing use," said Alta Charo, professor of law at the University of Wisconsin and an adviser to the FDA in the first two years of the Obama administration.

There’s a second, narrower track. It has to do with a subset of the Emergency Use Authorization that applies to what are called Laboratory Developed Tests. Those are tests used in individual labs, and the FDA policy has been that these tests "should not be used for clinical diagnoses without FDA’s approval, clearance, or authorization during an emergency declaration."

But the FDA’s authority over those Laboratory Developed Tests was always in a legal gray zone.

"This was not legally binding," said University of Missouri law professor Erika Lietzan. "The FDA never had clear jurisdiction, and the people working at the FDA never enforced the policy. The whole thing is just a recommendation."

That is the policy the Trump administration modified. These labs need to apply, but they can start using their tests before they get the green light from the FDA.

"They could have rolled the policy back further," Lietzan said. "They still want the labs to apply."

There was no change in policy regarding these labs under the Obama administration. 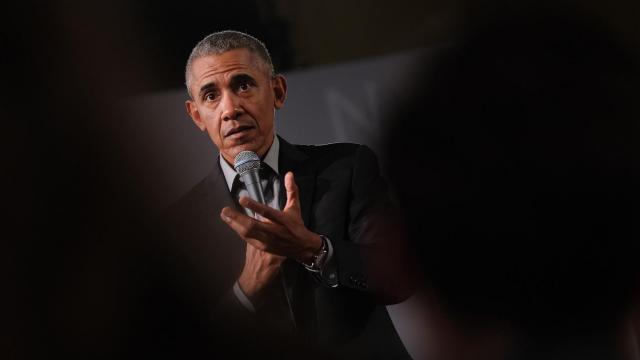 "Trump’s statement on this has been puzzling," said Jeff Gibbs, an attorney who focuses on FDA law and represents many labs. "FDA has had a long-standing policy of generally not regulating Laboratory Developed Tests, but reserved the right to regulate them under certain circumstances."

Gibbs said that policy goes back to 1997, pre-dating the post-9/11 laws, and hasn’t changed since. In 2006, the FDA issued guidance for emergency humanitarian use of diagnostic tests. It offered conditional approval for up to one year.

The Obama administration followed that policy, but in 2010, it signaled that it wanted to affirm the FDA’s authority.

The FDA began a long process of adding new guidelines for these labs. It offered a draft version in 2014, but in November 2016, it said the effort had ended, and the new guidelines never took effect.

We reached out to the White House and did not hear back.

Trump said the Obama administration made a decision that "turned out to be very bad" for detecting the COVID-19 virus.

The White House pointed to a new FDA policy that made it easier for labs to use their own methods to detect the COVID-19 virus. But the FDA never had firm legal authority over those labs.

The new policy still asks labs to apply for Emergency Use Authorization. The shift is that, once they apply, they can get to work before getting the nod from the FDA.

The policy that had been in place had its roots in guidance that dates to at least 2007, and before that, to a 2004 law, before Obama took office.

We rate this claim False.