Raleigh, N.C. — Like many Republicans up for election, U.S. Sen. Thom Tillis is putting immigration at the forefront of his campaign.

To contrast himself with his Democratic opponents, he’s pointing to state-level policies.

The headline says: “Sanctuary policies result in gruesome violence, do Cunningham and Smith still support them?” 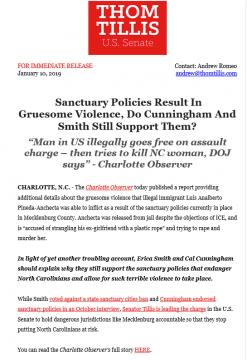 The email goes on to talk about an “illegal immigrant” who was released from jail in Mecklenburg County “despite the objections” of U.S. Immigration and Customs Enforcement, also known as ICE.

Is it true that Cunningham and Smith support sanctuary policies?

Not quite. Cunningham and Smith did oppose a bill that would require North Carolina sheriffs to detain people on behalf of ICE.

But neither has called for all sheriffs to cut ties with ICE. They said they believe local agencies should have the flexibility to decide for themselves whether to comply.

There’s no single definition of what constitutes a "sanctuary city." The term is loosely applied to cities or states that limit cooperation with federal immigration authorities.

In some states, a city can ban its law enforcement from cooperating with ICE, thus earning the term "sanctuary city." But in North Carolina, sanctuary cities are banned. Former Gov. Pat McCrory signed a law prohibiting municipalities from blocking ICE cooperation.

However, sheriffs still had – and still have – some wiggle room. Sheriffs can decide independently whether they want to comply with ICE.

As PolitiFact NC has reported, ICE detainer requests aren’t valid warrants. So, a handful of Democratic sheriffs are ignoring them. The sheriffs have said they don't want to use local resources for federal business and that they fear cooperating with ICE could harm relationships with their Hispanic constituents.

That brings us to the Tillis campaign’s argument.

The GOP-controlled state legislature passed the bill, but Democratic Gov. Roy Cooper vetoed it, so it never became law. 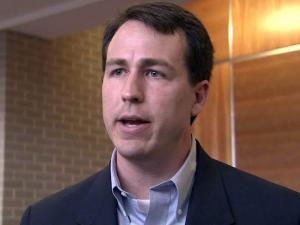 "I tend to trust law enforcement to discharge its duty," Cunningham said, adding that Mecklenburg County voters elected the sheriff and have the power to hold him accountable.

"I trust the voters in Mecklenburg County to weigh in on exactly that," he said. "Here’s what I know, that law enforcement makes difficult decisions every day, and as a United States senator, it’s not my job to second guess. It’s my job to make sure they have the resources they need to keep their communities safe."

The Tillis campaign also noted Cunningham’s opposition to a federal bill Tillis introduced. That bill that would compel local law enforcement officials to comply with federal detainer requests or face possible civil action by victims and the loss of federal grants. 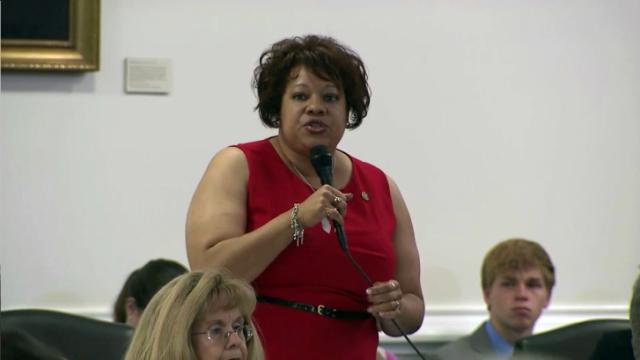 As for Smith, she voted against House Bill 370 when it was before the state Senate. She also talked about the bill during a couple of interviews.

Speaking with WFAE​​​​​​​, Smith cited some of the same arguments as Cunningham. But she also said she would be OK with local law enforcement honoring ICE detainer requests as long as the federal government paid for the costs.

“I'm fine (with sheriffs) detaining them if the federal government is going to foot the bill and do their jobs. Certainly, we do not want the release of people who are a threat to public safety,” she said. “But if ICE and the Department of Homeland Security really want us to close their detention, then they should pay for it. They're getting taxpayer dollars to do just that."

Speaking with Tim Boyum on Spectrum News, Smith made the same argument.

“If you want the sheriffs to enforce and detain illegal immigrants, then send them the appropriations and the funding. That is the U.S. Senate’s responsibility," she said.

Both candidates oppose a bill that would require sheriffs to comply with ICE. But that’s not the same as endorsing sanctuary cities. In fact, Smith said she would support a sheriff’s decision to comply with ICE if ICE offered financial assistance.

Tillis is partially accurate but leaves out important details or takes things out of context. We rate it Half True.