Fact Check: Talking about Medicaid 'On the Record'

Raleigh, N.C. — Reps. Paul "Skip" Stam, R-Wake, and Grier Martin, D-Wake, debated proposals from Gov. Pat McCrory's State of the State speech during this week's episode of "On the Record."

WRAL News Capitol Bureau Chief Laura Leslie asked both men about Medicaid expansion, a topic McCrory talked around but didn't tackle head-on. The federal Affordable Care Act, what some people call "Obamacare," gives states financial incentive to cover people currently uninsured by the program, including those in the "income gap" between being eligible for the current program and eligible to buy insurance through the online exchanges.

"We've seen other Republican governors in other states move forward with expanding Medicaid," Martin said. "There are pros and cons. It was good to see Gov. McCrory express some of the principles that Rep. Stam and I believe should be enshrined in any Medicaid expansion, but a bolder speech would have, I think, laid out more clearly a plan to expand Medicaid."

Stam laid out some of the reasons that lawmakers who control the legislature, Republicans like McCrory, might have some hesitation. Questions about costs are front and center, he said.

"Most of the people who would be in any kind of Medicaid expansion are already getting large subsidies on the federal exchange, several hundred thousand probably," Stam said. He also added, "The other thing is to realize every dollar that's spent by the federal government for Medicaid expansion is being borrowed from the Chinese."

Summary judgment: Both of Stam's statements are problematic. As Leslie pointed out during the show, the coverage gap involves people who qualify for neither Medicaid nor federal subsidies on health exchanges. Also, our foreign debt picture is a lot more complicated than simply borrowing from the Chinese.

Affordable Care Act: When Congress passed the Affordable Care Act in 2010, lawmakers and President Barack Obama assumed that they would require states to expand their Medicaid programs to serve people that were currently ineligible. In North Carolina, coverage would have expanded from certain people earning up to 100 percent of federal poverty wage – currently $23,850 for a family of four – to people who earn up to 138 percent of the federal poverty level. Individuals and families who earn more than 138 percent of poverty would then have used the Affordable Care Act online exchanges to buy subsidized health insurance.

However, a 2012 U.S. Supreme Court decision struck down the requirement that states expand Medicaid, saying that it was only a choice. North Carolina lawmakers have repeatedly declined to expand the program despite federal offers to pay 100 percent of the costs for the first three years of the ACA and 90 percent of the expansion costs through 2022.

That leaves two main groups of people out:

According to Adam Searing, a senior research fellow a Georgetown University who has worked in North Carolina, there are about 357,000 completely left out in a Medicaid coverage gap because they are both ineligible for Medicaid and unable to qualify for help buying insurance on the exchanges. Some 143,000 may be in range of people who make between 100 and 138 percent of the federal poverty level. Some in that range, he said, may have bought insurance. But others may not have been able to, even with help from the subsidies.

"This is not the 'most of the people' who would be helped by the expansion in North Carolina, but it is significant," Searing said. "I think there would have to be more analysis though to come up with a realistic number, however, given the age of the data."

Still, even given the broadest possible estimates, only between one-quarter and one-third of those helped by Medicaid expansion could possibly have health insurance bought through the exchanges now.

During a break in the show, we checked in with Stam regarding his statement on Medicaid. He said he was unaware of how the coverage gap worked. It's also fair to point out that we have updated this post with help from Searing due to the complexity of this topic.

Debt: Foreign debt is a perennial punching bag for politicians and, consequently, has been the subject of prior fact checks at other outlets.

The total U.S. national debt is $18.1 trillion, according to the U.S. Treasury Department. Of that, roughly $6.1 trillion is held by foreign governments. China does hold the most U.S. debt of any entity, foreign or not, at $1.25 trillion, but is followed closely by Japan at $1.24 trillion.

At any rate, far more federal debt – $5.1 trillion – is held by various U.S. government agencies such the Social Security Administration and the Federal Reserve than is held by China. If you take out this figure for "intragovernmental holdings," debt held by foreign governments is around half of total national debt.

"It's not just the Chinese, it's also other foreigners," Stam said on Friday, acknowledging his language was imprecise. He noted that the United States' annual budget was operating in deficit – spending more money than it takes in – and the cost of expanding Medicaid would be less than what it borrows from foreign countries and investors.

"So, any new program you can legitimately say is being financed through deficit spending, which is being funded chiefly by foreigners," he said.

Stam allowed that his statement was "somewhat hyperbolic, but not extremely hyperbolic." 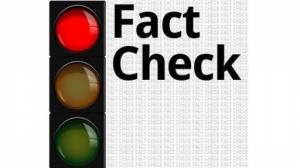 The call:  Neither of these statements were intentionally misleading. Stam acknowledged he was mistaken about Medicaid. It's fair to say there will be some people who currently are getting subsidies who would be turned over to the Medicaid rolls. But that population does not represent "most" of those who would be helped by expansion.

Regarding the debt, it's certainly true that the U.S. has borrowed trillions of dollars from overseas governments and investors. But the United States also borrows a lot from on-shore sources. Without weighing into whether it is good, bad or indifferent to borrow all that money, the characterization that every penny of borrowing for Medicaid expansion would come from China, or even overseas, remains problematic.

Stam says that, no matter where the money is coming from, it's unfair to place the burden of current government programs on the backs of future generations.

"But the point is not the specific nationality of  the  lender ... but rather the morality of paying current expenses with debt from foreign nations or individuals that you have no plan or hope of paying back for generations to come," Stam wrote in an email after this post originally published.

With all that said, two claims came within a minute of one another, both overstate their points and leave out important context, and taken together they receive a red light on our fact-checking scale.

** This post has been updated to correct the description of the Medicaid coverage gap and add comments from Adam Searing.