Fact check: Have polls ever predicted a Democratic president? 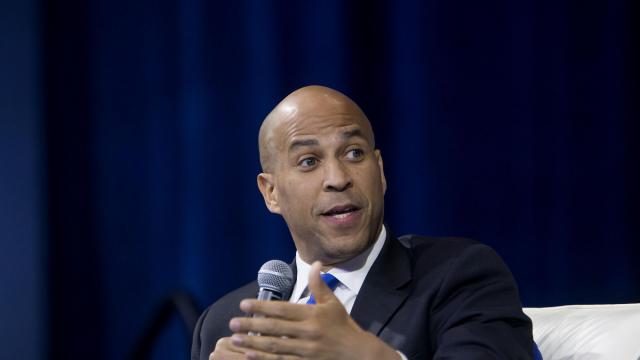 Des Moines, Iowa — A few days before U.S. Sen. Cory Booker, D-N.J., announced the end of his White House bid, he encouraged Iowans with whom he was campaigning to disregard polling numbers when choosing a candidate in their state’s first-in-the-nation presidential nominating precinct caucuses.

Booker urged his Iowa audiences to caucus Feb. 3 for candidates who inspire them.

"Do not make this decision based on what the polls say," Booker said at a Jan. 9 event in North Liberty, Iowa. "They've never predicted who will be president from our party. Carter was in the single digits a few months before caucuses. Bill Clinton was. Obama – 20 points behind in the national polls roughly. And they all went on to be our president."

We found Booker’s statement to be true, because, from 1972 to 2016, fewer than half of non-incumbent candidates who won the Democratic presidential nomination led national polls taken between November and January leading up to Iowa’s caucuses. Moreover, Jimmy Carter, Clinton and Barack Obama lagged behind in national polls in the months leading up to Iowa’s caucuses.

We reached out to the Booker campaign for comment on Booker’s statement and where he got his information from but received no response. Booker suspended his campaign on Jan. 13.

To research the numbers, we started with 1972 because that year marked the beginning of the Democratic Party’s modern nominating process.

Democratic Party members are surveyed locally and nationally to take stock of the amount of support for a presidential candidate at a snapshot of time. Polling data are a determining factor in who gets to grace the party’s debate stage, which gives presidential hopefuls a platform to pitch their ideas in front of a national audience and garner support from potential campaign donors and likely voters.

Many unknowns in early polls

FiveThirtyEight compiled polling data from competitive primary elections starting in 1972, comparing the eventual nominee’s performance in the polls in the first and last halves of the calendar year to other Democratic contenders. From 1972 to 2016, it showed, only three out of 10 non-incumbent Democratic nominees were ahead in national polls up to three months before Iowa’s caucuses.

In the last half of 1983, former Vice President Walter Mondale polled nationally at an average of 40.1 percent, leading throughout a six-month period. An early top-polling Democratic nominee didn’t show up again until 2000, when Al Gore became the Democratic nominee after polling at an average 54.8 percent. Hillary Clinton had the highest pre-caucus polling numbers leading up to the 2016 caucuses, an average of 60.7 percent in the second half of 2015. But while each won the party’s nomination, none won the presidency.

University of Iowa political-science Professor Fred Boehmke wrote in an email to The Daily Iowan that too many unknowns exist to use polling numbers as a reliable predictor of nominees.

"The short answer is that there is a lot of truth in what Booker says – polls won’t tell us with great confidence who the nominee will be at convention time," Boehmke said, referring to the national nominating convention. "It’s not even that the polls might be wrong or poorly done. It’s that lots of people haven’t made up their minds, we don’t know who will turn out for the upcoming caucuses and primaries, we don’t know who will drop out and when and where their supporters will go, and we don’t know the major campaign-relevant political events that will shape the primary."

David Redlawsk, a political science professor at the University of Delaware who has researched and written about Iowa’s caucuses, said current national polls are about the nomination, not the presidency.

"I know he's talked about people (who) became president, but you've got to get the nomination first," Redlawsk said. "This isn't about, you know, head-to-head for November. It's the nomination, because I think that's what that focus has to be."

According to December 2007 national polling data from Gallup, Obama’s poll numbers were much lower than Hillary Clinton’s before the Iowa caucuses. The polls put Obama at 27 percent, with Hillary Clinton in the lead with 45 percent.

Carter, Bill Clinton and Obama trailed in national polls before becoming the Democratic Party’s presidential nominee and later became president. Only eventual nominees Walter Mondale, Al Gore and Hillary Clinton led early Democratic Party national polls before the Iowa caucuses since 1972, and none went on to become president. Booker was correct about this. We have ruled Booker’s statement as True.