Raleigh, N.C. — There is something of a truism in political circles that candidates will play to their base voters – in other words, act more conservative or liberal than they really are – during primaries, but move to the political center during general election campaigns.

Several readers flagged an interview Thom Tillis gave to the Washington Examiner as an potential example of this phenomenon. Tillis, the current state House speaker, is the Republican running for U.S. Senate against first-term Democratic Sen. Kay Hagan.

In the Examiner piece, Tillis is asked about the October 2013 partial federal government shutdown that was sparked by an impasse over the raising the nation's debt limit. Conservatives allied with the tea party wing of the Republican Party also used the shutdown to push for repealing the Affordable Care Act, the national health insurance law some call "Obamacare."

Tillis tells the Examiner he would not have supported the shutdown. The website reported:

"On last year's government shutdown, Tillis tried to make clear that he would not have supported it, but he took care not to demean the motives of the Republicans who did. 'I think what some of the members did was well-intentioned,' he said, but 'you've got to fund government operations.'"

Democrats say this amounts to a flip-flop for Tillis, who they say supported the shutdown while it was going on and for some time afterward.

THE QUESTION: Has Tillis changed his position on the shutdown?

WHAT TILLIS SAID AT THE TIME: By mid-September 2013, calls for a shutdown were led by Republican Sens. Mike Lee of Utah and Ted Cruz of Texas. North Carolina's Republican U.S. Senate primary was beginning to heat up, and both of Tillis' leading opponents at the time endorsed the Lee-Cruz approach to the shutdown. Specifically, both Rev. Mark Harris of Charlotte and Dr. Greg Brannon of Cary said they believed the tea party favorites were right to demand that Obamacare be stripped of funding in exchange for legislation comprehensively funding the rest of the federal government.

In a widely cited statement, Tillis also endorsed the push to defund the Affordable Care Act.

"Many have asked where I stand in the battle to defund Obamacare and the House/Senate vote on the Continuing Resolution (CR)," Tillis wrote on his website. "I believe Obamacare is a mortal threat to our economy. It will decrease healthcare quality and raise healthcare premiums and Republicans should do everything in our power to undo it. That means we must use every tool available to us, including this CR fight. The President has acknowledged that Obamacare is not working by his decision to delay the business mandate. It’s time to stop the rest of Obamacare as well. This is not a complicated decision. I believe Republicans should stand on our principles."

This statement does not explicitly call for shutting down the government, but it does appear to support a hard line over the budget continuing resolution in order to bring about the end of the Affordable Care Act.

WHAT TILLIS' CAMPAIGN SAYS NOW: "Thom has said repeatedly that the effort to defund Obamacare was well intentioned but poorly executed. Thom has also been very clear that he would not support raising the debt ceiling without first getting serious about cutting spending, unlike Kay Hagan," said Tillis campaign spokesman Daniel Keylin. Pressed on the point, Keylin insisted that Tillis' position has not changed.

"There was nothing new in the Washington Examiner interview. He’s been consistent in saying that the effort to defund ObamaCare was a good idea that was poorly executed. He said the shutdown was poorly executed back in February as well," Keylin said.

OTHER QUOTES: Keylin's statement appears to reference remarks Tillis made sometime after the shutdown and don't address what he said in the run up to the fight.

In fact, as the shutdown came to an end, with both Hagan and North Carolina Republican Sen. Richard Burr voting for the bill to raise the debt limit, Tillis put out a statement opposed to the restart deal.

"Kicking the can down the road does not solve any problems, it only creates a bigger mess. The President and Congress owe the American people a fiscally responsible budget focused on ensuring a sound economy and a safe America. Failure to do so not only threatens the foundation of our economic system, but poses a greater threat to our national security. I could not have supported this legislation," Tillis wrote on his campaign's Facebook page.

Even as recently as February, three months from the May primary and in a dead heat with Brannon and Harris, Tillis said the shutdown was a "good idea," putting him at odds with other mainstream Republicans like Burr.

“I supported the efforts to try to stop Obamacare,” Tillis told the Charlotte Observer. "I thought the shutdown was a good idea and a bad execution."

That February interview appears to be the first time Tillis was quoted as casting some doubt on whether the shutdown was an effective strategy. 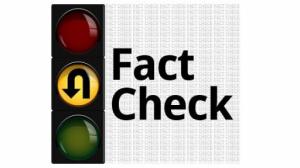 His statement from September 2013 was unequivocal, saying Republicans "must use every tool available to us, including this CR fight" to battle the Affordable Care Act. In his October 2013 statement, Tillis opposed the legislation that led to the restart of federal operations. It wasn't until February that Tillis is on record as expressing any skepticism about the shutdown. His insistence to the Examiner that "you've got to fund government operations" is a new thread in this conversation.

There is a big difference between saying something was "well-intentioned" and calling for Republicans to "stand on our principles" and oppose the ACA with "every tool" available. While Tillis says he opposed the shutdown, he also opposed the legislation that ended the shutdown.

Tillis' statements in the Examiner story get a U-Turn rating on our fact checking scale.