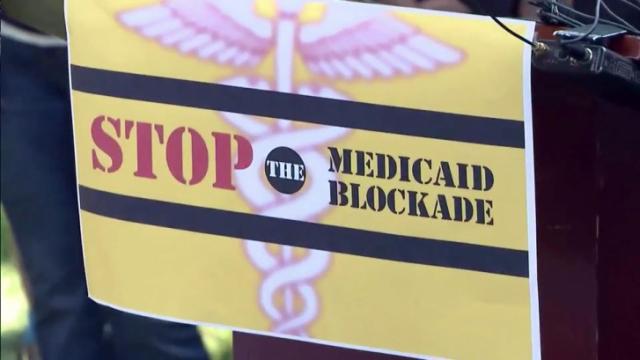 Raleigh, N.C. — During one of the odder bits of political theater North Carolina has seen in a while, Time Warner Cable hosted a debate with just one U.S. Senate candidate this week.

State House Speaker Thom Tillis, a Republican from Mecklenburg County, basically had an hour to sound off on his ideas and against Democratic incumbent Sen. Kay Hagan of Greensboro.

Despite having no opponent, a story in the Charlotte Observer suggested that Tillis may have executed the dreaded political flip-flop during that debate with regard to expanding Medicaid.

The Affordable Care Act, what some people call "Obamacare," originally required states to expand Medicaid coverage to those who earn up to 138 percent of the poverty line. However, a U.S. Supreme Court ruling that allowed the bulk of the law to stand said the states had the option as to whether to expand Medicaid or not. North Carolina's General Assembly passed legislation declining that expansion and blocking Gov. Pat McCrory or the independently elected insurance commissioner from furthering the health care law or taking steps to expand Medicaid on their own.

But in the Time Warner Cable conversation, Tillis said that the next General Assembly and McCrory should consider expansion.

"It wasn't like I had an ideological objection to expanding Medicaid, but I had a real problem when the duly elected, Democratic state auditor told Gov. (Bev) Perdue the state was wasting hundreds of millions of dollars. When you're trying to fix a problem, you don't make it bigger and more costly first," Tillis said.

He went on to say, "So, I would encourage the state legislature and the governor to consider it if they're completely convinced that we've now got the situation under control."

That quote prompted Democrats, including Hagan's campaign, to object.

"Speaker Tillis previously bragged about how he stopped Medicaid expansion cold – a heartless move that denied coverage for 500,000 North Carolinians. Now, he’s trying to have it both ways because he knows North Carolinians aren’t buying his devastating record," said Hagan spokeswoman Sadie Weiner.

THE QUESTION: Is Tillis making a political U-Turn on Medicaid?

THE HISTORY: Back in early 2013, lawmakers and McCrory were faced with a decision: Expand Medicaid and bring 500,000 new people onto the rolls of the state health insurance program for the poor and disabled or turn down expansion – and with it millions of dollars of federal funding.

At the time, Tillis said the Medicaid system was in no position to handle more patients.

"We believe that, before we have a discussion about really increasing funding for Medicaid, we need to make sure the process we're putting it into make sure those dollars go to people who need help versus just being churned through an inefficient system and wasteful department," Tillis said at the time.

That's remarkably consistent with what Tillis said in his conversation with Time Warner Cable the other night.

Where the story takes a bit of a turn is when state House Speaker Thom Tillis became U.S. Senate candidate Thom Tillis.

THE CAMPAIGN: In December 2013, Tillis decried attacks by national Democrats aired early in the race.

"Tillis made the rejection of Obamacare his first order of business as Speaker of the House," the Republican's campaign said in a news release and blog post. "Under Tillis’ leadership, North Carolina has refused Obamacare’s Medicaid expansion and refused to build a state exchange to implement Obamacare in North Carolina."

In that release, Tillis is emphasizing the refusal to expand Medicaid was part of his effort to block Obamacare. During debates and on the stump, Tillis would emphasize the lack of Medicaid expansion as part of North Carolina's efforts to fight the health care law.

That makes sense, given Tillis would soon find himself in an eight-way primary battle in which all seven of his challengers were running as hard-right conservatives, many of them accusing Tillis of being too moderate.

Given how conservative the primary voters are in North Carolina, Tillis had little choice but to stress his conservative bonafides, said David McLennan, a Meredith College political science professor.

Both Democrats and Republicans will cater more to the far left or far right of their parties during primaries, McLennan said, only to revert to a more moderate form during the General Election.

Tillis took his hardest tack to the political right on Medicaid in an April radio ad.

"Thom Tillis has a proven record fighting against Obamacare," says one announcer, quickly followed by another who adds, "Tillis stopped Obamacare's Medicaid expansion cold. It's not happening in North Carolina, and it's because of Thom Tillis."

RETURN TO FORM: Shortly after the May primary, Tillis appeared at a news conference in which he returned to pre-campaign form on Medicaid.

"Once we figure out how to stabilize things so that we make sure the maximum amount possible is going to help people who really need it, then we can talk about expanding," Tillis said.

Tillis' campaign insists he has been consistent all along.

"Thom made it very clear that his main objection to Medicaid expansion was that it would have been fiscally irresponsible due to the out-of-control costs and previous mismanagement of North Carolina’s Medicaid system," said campaign spokesman Daniel Keylin. "Based on the previous state of the system, expansion would have eventually caused massive budget deficits, resulting in severe cuts to other important programs. Because of strong fiscal leadership in the state over the last year, the state’s Medicaid system is in a much better position, to the point where the state could consider expansion without the same concern over breaking the budget."

Both the Department of Health and Human Services and legislative leaders say Medicaid is in much better financial shape now than it was two years ago, which Keylin said should allow the state to consider expansion.

Keylin also emphasized that Tillis still opposes the Affordable Care Act and believes that it should be repealed. However, he pointed out that the state could choose to expand Medicaid outside of the confines of the law. 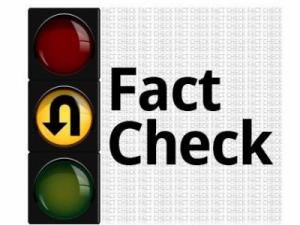 THE CALL: Tillis as the U.S. Senate general election candidate agrees with the Tillis who was managing the General Assembly in 2013 and was back at the helm in the summer of 2014.

But he clearly took a right turn during the Republican U.S. Senate primary, from about December 2013 through April and the first week of May 2014. Primary candidate Tillis emphasized blocking Medicaid expansion as a way foil Obamacare and made no mention of potential future expansion.

"The fact that candidates move toward the poles of their party during the primary and back toward the center during a general election is one of those truisms that is really true," said Steve Greene, a political science professor at North Carolina State University. "This is just a classic example of that."

While it doesn't quite rise to level of voting for something before you voted against it, this kind of modification in a candidate's position is nothing new in politics. But it does represent a policy shift that Tillis isn't acknowledging, which earns him a U-Turn on our fact-checking scale.