Fact check: Does the 6th Amendment require the whistleblower to face Trump?

CNN — Republicans and right-leaning pundits who have come to the defense of President Donald Trump during the impeachment inquiry have consistently attacked the original whistleblower, questioning the person's motive, making false claims around the rules for whistleblowing and invoking the Sixth Amendment to the Constitution.

One line that defenders of Trump have hammered on is the idea that the President has the right to face the whistleblower.

"Every American has the right to confront their accuser," Sen. Lindsey Graham, a South Carolina Republican, said on CBS on September 29. The same day, Trump wrote that "like every American, I deserve to meet my accuser.

On Twitter, Sen. Rand Paul noted Tuesday that "(e)nshrined in the 6th Amendment is the right to confront your accuser." The Kentucky Republican went on to write that the "Bill of Rights require accusers" to face the accused, insinuating -- along with other Trump defenders -- that the President has a right to meet the whistleblower. 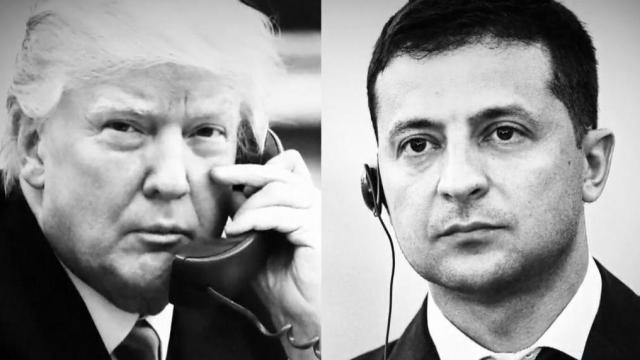 So does the Sixth Amendment require the whistleblower to face Trump?

Facts First: The short answer is no. The Sixth Amendment specifically covers criminal proceedings. The impeachment inquiry is a political process, not a criminal case.

The amendment clearly defines what proceedings it covers. "In all criminal prosecutions," it states at the beginning, going on to say that the accused has the right "to be confronted with the witnesses against him."

Steve Vladeck, a Supreme Court analyst for CNN and professor at the University of Texas law school, says invoking the Sixth Amendment to suggest that Trump has the right to face the whistleblower "is so wrong as to be embarrassing."

"There is no debate," Vladeck continued, "there is no division on the Supreme Court about this, there is no meaningful room for disagreement, this is just flat wrong." He also noted that the amendment does not afford the accused an absolute right to face everyone who contributed to the investigation.

Republicans can use the Sixth Amendment as a rhetorical device, suggesting that the President should be able to meet his accuser. But claiming he has the right to do so is false.