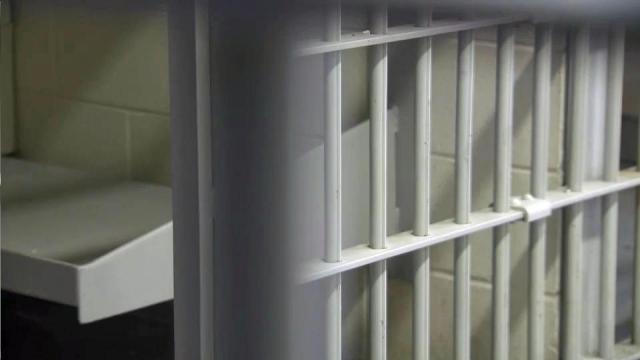 Raleigh, N.C. — When North Carolina public schools release their annual reading scores, parents, teachers and the public are no doubt interested to see how students are performing. But are prison officials also paying attention to that information?

That was the claim made at the North Carolina State Board of Education's meeting held earlier this month in Boone.

Board members had just finished a discussion on school construction needs and had moved onto students' reading proficiency when the topic of prisons came up.

"Long-range capital construction for prisons is based in part on third- (and) fourth-grade reading," said state school board member Wayne McDevitt. "And if we want to take a hard look at making those investments now in reading, maybe we can free up some capital construction money for our earlier conversation we had in terms of building schools instead of prisons."

That statement piqued the interest of this WRAL education reporter, who was listening to an audio recording of the meeting. We decided to check it out.

A COMMON CLAIM: When we posed this question to the North Carolina Department of Public Safety, a spokesman emailed back 10 minutes later.

"Absolutely not! That’s an urban myth that’s been running around for years," wrote DPS communications officer Keith Acree. "Who said it? We’ll be more than glad to contact them and set the record straight."

McDevitt, who made the statement, has been on the state school board since 2001 and previously served as vice chairman. WRAL emailed him to ask the source of his claim but has not heard back.

While we don't know the source of McDevitt's claim, it's important to note that he is not alone in sharing this information. A quick Google search reveals numerous stories and fact checks on this very topic.

In 2010, a reporter at The Oregonian wrote that "a prominent early education researcher at Yale University" said the same thing. The reporter also found similar statements online "from a principal in residence at the U.S. Department of Education, an officer in the International Reading Association and by several op-ed columnists."

PolitiFact also wrote about this claim in 2013 and rated it as "Pants on Fire!" wrong.

The claim has been repeated "many times" in North Carolina, according to Acree, who said he has even had to correct some reporters through the years.

"I do think that while you may not have found any reports that specifically link NC’s correction department’s planning to scores, it is fair to note that students who are poor readers in the early grades are more likely to fail to graduate from high school," Jeter wrote. "I think it is true that prison populations have a high percentage of high school dropouts. Mr. McDevitt is not the first person (and probably not the last) to link these things, and I do think that it is important to note that his comment was in the context of a discussion about how to set budget priorities for the Board’s biennial budget request."

The North Carolina Sentencing and Policy Advisory Commission is in charge of the state's official prison population projections. They examine factors such as changes in criminal justice trends (arrests, court filings, dispositions and convictions) that occur from year to year, along with changes in prison system policy and procedures that affect how much of the minimum vs. maximum sentence is served, according to Acree.

The overall growth in the state’s population is also taken into consideration. When the legislature changes criminal laws by enacting new offenses, eliminating offenses or changing sentence lengths and types, those are factored in as well.

The commission releases its inmate population projections each year. The latest report shows projections through 2025.

The state's prison population has been declining over the past four years, according to Acree. In summer 2011, North Carolina peaked at about 42,000 inmates. Today, there are about 36,300 inmates.

"There’s been no new prison construction in several years and there’s none planned or expected in the coming years," Acree wrote.

THE CALL: While we don't know the source of McDevitt's claim, we do know that he received some wrong information along the way. He is also not the first person to share this myth.

It's worth noting that no one on the state school board questioned McDevitt when he made the statement about reading scores being tied to prison construction or asked him where the information came from.

The information Acree and the N.C. Department of Public Safety provided show that student reading scores play no part in prison construction plans. So, we give this statement a red light on our fact-checking scale and leave readers with this advice from Acree: "Don’t believe everything you read on the Internet. Consider the source."