Democratic Gov. Roy Cooper had vetoed the Republican-controlled legislature’s budget proposal. On most days, Republicans in the legislature have enough votes for a simple majority – but not the super-majority needed to override a veto.

But on the morning of Sept. 11, many Democrats were absent. So, House Speaker Tim Moore called a vote, and the veto override passed.

This is where Rep. Deb Butler, D-New Hanover, comes in. She gained recognition for trying to stop the vote, which she considered improper. (She famously yelled “I will not yield” and “shame on you, Mr. Speaker” while the vote was happening.)

Fast forward to January, when the legislature was scheduled to reconvene.

In a Jan. 5 tweet, Butler said she’s calling on Senate President Pro Tem Phil Berger “who expressed disdain for the ambush vote in the House” to negotiate with Cooper rather than try to override his veto.

Berger, like Moore, is Republican. It’s uncommon for the two Republican leaders to publicly criticize each other.

So we wondered whether Butler was right. Did Berger “express disdain” for how Moore executed the veto override? 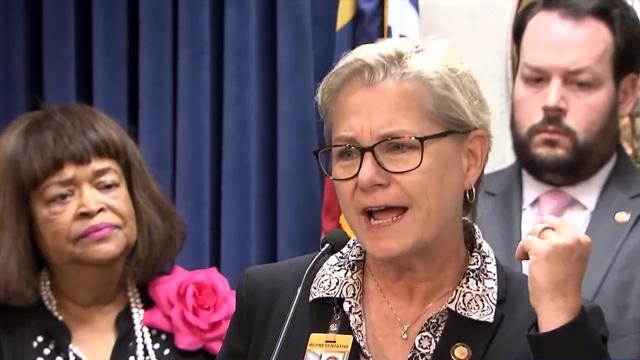 We asked Butler where she saw or heard Berger’s supposed disdain.

“I can’t remember exactly where I read it, but it was in the context of the Senate rules requiring 24 hours notice of a veto override vote and then he said something to the effect that, besides he didn’t like the approach used by the Speaker,” Butler said. “I’m sorry I can’t remember precisely where.”

We also reached out to Berger’s office and asked whether Berger holds disdain for how the House overrode Cooper’s veto, or whether he ever expressed negative feelings about how it happened.

“I'm not aware of him ever saying anything like that,” Berger spokesman Pat Ryan said.

PolitiFact and WRAL News reporters could find no specific examples of Berger saying anything negative about the House budget override.

Comments at a press conference

The closest Berger came to criticizing Moore and the House was during an Oct. 1 press conference. Even then, he didn’t mention Moore specifically or say the House did anything wrong.

WRAL recorded the press conference. At about the 2:30 mark of the video, Berger talked about his preference for finding a budget solution.

“I’d rather have a broad, bipartisan vote – just like you saw on redistricting – than a veto override that squeaks through,” he said.

Then, around the 3:40 mark of the video, Berger explains the logistics of how the Senate must conduct a veto override vote.

Berger also said he’d seize an opportunity to pass the budget. It could be argued that promise alone proves he didn’t show disdain for the House vote.

To disdain something means to feel like it’s “not good enough to deserve your respect or attention,” according to the Oxford dictionary. Merriam-Webster says it means to treat something as “beneath one’s notice or dignity.”

Butler said Berger “expressed disdain” for how fellow Republicans in the House voted to override Cooper’s budget veto. She presented no evidence for her claim, and PolitiFact could find no evidence of Berger making any overtly negative comments about the House vote.

We rate her claim False.