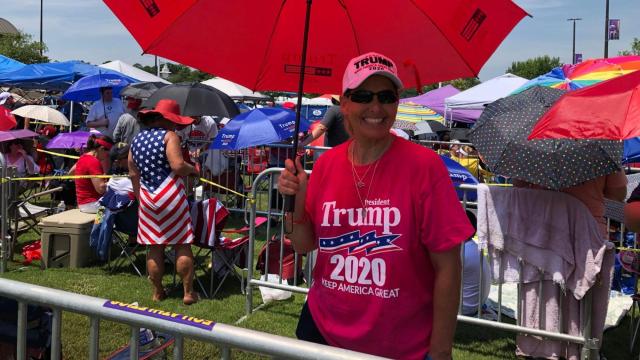 President Donald Trump boasted on Twitter that nearly 1 million people had requested tickets for his campaign rally in Tulsa, Okla., on June 20. You’d never guess that from the tone of an ad posted to Craigslist in Tulsa with the title: "Actors needed June 20."

"Excited and enthusiastic MINORITY actors and actresses needed to hold signs at event in Tulsa," reads the ad that was shared on Facebook. "Send headshot/resume for early consideration. *This may be applied towards community service if necessary (in lieu of payment)."

The ad doesn’t mention Trump, but it includes a map marking the BOK Center in Tulsa, where the rally will be held.

It was flagged as part of Facebook’s efforts to combat false news and misinformation on its News Feed. The ad is no longer on Craigslist.

"This, obviously, is fake, and a recurring lie the trolls roll out a lot," he wrote.

In November, PolitiFact debunked a similar Craigslist ad seeking actors for an event at the Phoenix Convention Center in Arizona. "Duties include protest activity and holding signs that are Pro Trump," it said. "Minorities welcome and needed!"

There was another ad seeking actors for a Trump rally in 2017 in Phoenix. Like the ad for the Tulsa rally, this one was deleted. The New York Daily News reported the phone number connected to the listing belonged to a recent high school graduate who told a local TV station that he wasn’t behind the ad.

In 2018, yet another ad sought paid attendees for a Trump rally in Pennsylvania. Snopes then reported that the ad wasn’t affiliated with Trump but with "a man who appeared to have connections to left-leaning activist groups."

The latest Craigslist ad seems to follow the blueprint of its forefathers: unaffiliated with the Trump campaign and designed to make it seem like he’s soliciting people of color to publicly support him in exchange for a paycheck.