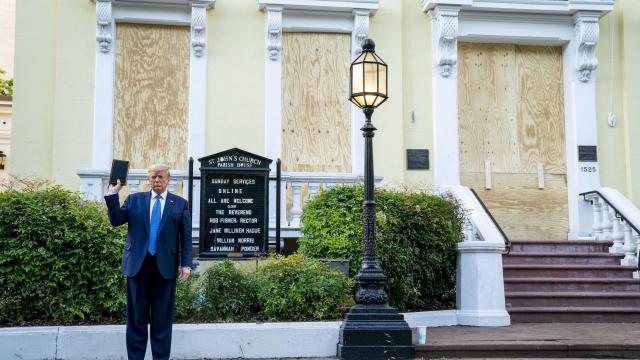 Democratic presidential nominee Joe Biden had many criticisms of President Donald Trump during a CNN town hall near Biden’s hometown of Scranton, Pa. One of them revived an attack shared on social media earlier in the summer.

Biden referenced Trump’s walk from the White House to the historic St. John’s Church on Lafayette Square. It came on June 1, when downtown Washington, D.C., was full of protesters following the death of George Floyd at the hands of Minneapolis police days earlier.

Critics mostly blasted Trump for using tear gas to clear nonviolent protesters just before his walk to the church for a photo-op. But some on social media took aim at how Trump held the Bible.

For instance, novelist Stephen King tweeted, "Dear fundamentalist Christian Trump supporters: If Obama had held the Bible backwards and upside down, you would immediately have called him the Antichrist." The tweet attracted more than 164,000 likes.

At the CNN town hall, Biden said that forces physically moved people out of Trump’s way "so he can walk across to a Protestant church and hold a Bible upside down."

Biden has made the claim about the upside-down Bible before, even though fact-checkers had debunked it. The claim has also appeared in various news accounts about the church photo-op and social media posts.

Trump himself has previously denied that he held the Bible upside down.

What does the evidence show?

We scrutinized a series of images from the Associated Press as well as raw video from NBC News, and the truth is clear: Trump held the Bible right-side up.

The Bible he held up had no writing on the front cover, so to viewers who couldn’t see the spine, it may have looked like he was holding it upside down and backwards. But here are a couple AP images that clearly show the spine right-side up. 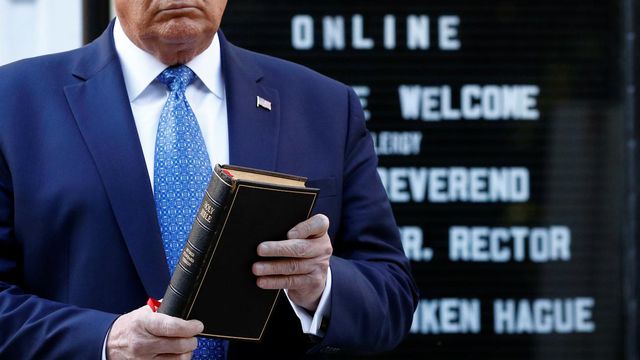 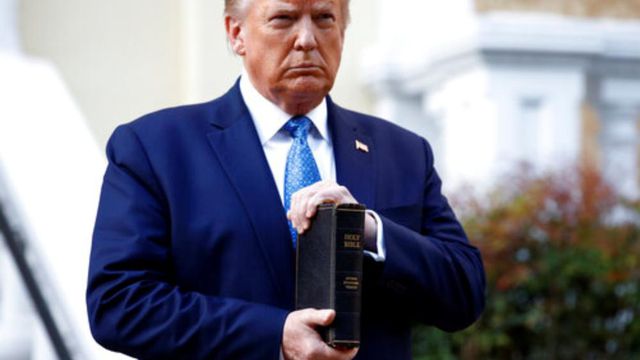 In the following images, perhaps the most iconic ones taken of the event, it is a little harder to read the spine, but the free end of the ribbon bookmark clearly dangles below the Bible, which is how it was when the Bible was oriented correctly in the other images. 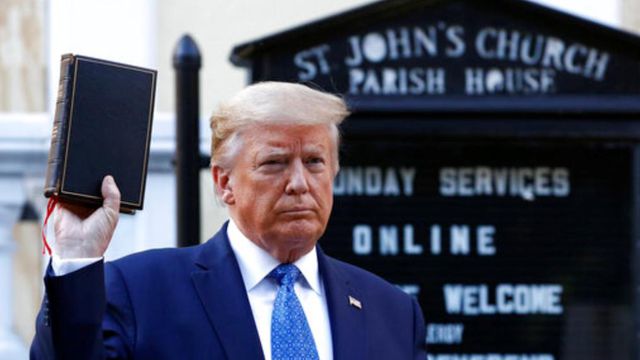 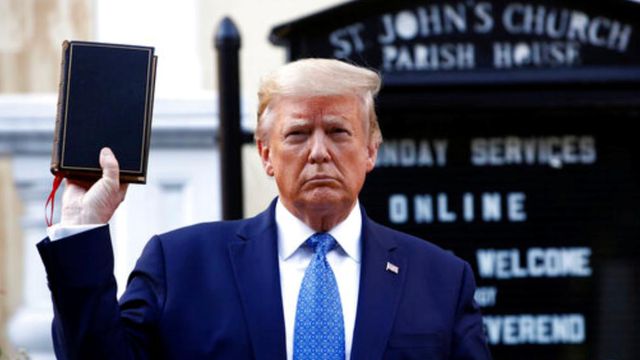 We also reviewed the video of the event and confirmed that Trump consistently held the Bible right-side up. In fact, at several points he appears to look down on it to make sure that he’s holding it correctly.

The Biden campaign did not respond to an inquiry for this article.

Biden said that after Trump walked across Lafayette Square to a church, he held a Bible upside down.

This false claim spread on social media earlier this summer, without evidence, and made it into several news reports and opinion pieces. But fact-checkers debunked it as early as June, and a review of still images and video from that day show clearly that it is inaccurate. Trump held the Bible right-side up throughout the event.

We rate the statement Pants on Fire!