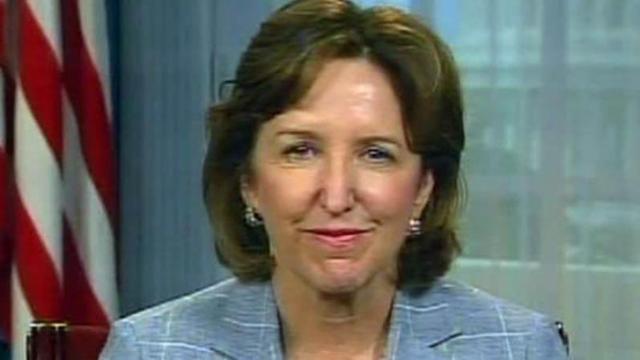 Raleigh, N.C. — Americans for Prosperity, a nonprofit group – or more correctly, a pair of nonprofit groups – that has become a familiar player on North Carolina's political scene, has launched the first of what figures to be many ads by outside groups hoping to influence the 2014 U.S. Senate election in North Carolina.

The ad criticizes Sen. Kay Hagan, a Democrat, for supporting President Barack Obama's Affordable Care Act. As a premise, this is a sound assertion. Hagan voted for the bill and, in a conference call with reporters Tuesday, said she was frustrated with its roll out but thought that it was already having a positive effect on the nation's health care delivery system.

AFP's 30-second spots spends about eight seconds on a introduction praising women's role in the economy and not making much by way of a factual assertion. It then pivots with "But Kay Hagan just doesn't get it."

The ad goes on to make a couple of basic assertions. It's worth noting that the news release announcing this ad, which will play on both broadcast and cable television over the next three weeks, did not arrive with the typical "backup" that accompanies an attack ad. Such backup material usually provides citations for each factual assertion made by the ad. When asked for that material, AFP provided a one-page sheet that largely regurgitated the news release and did not cite specific sources.

"Instead of listening to North Carolina, Hagan continues to push for Obamacare."

As mentioned above, Hagan hasn't shied away from saying that the Affordable Care Act will be a good thing in the long run. AFP touts the fact that Hagan voted against proposals to "de-fund" the health care law, which is consistent with her vote for the bill. The question this raises is whether she's not listening to North Carolina – and who exactly constitutes "North Carolina."

The closest proxy we might have for the collective consciousness of North Carolina's body politic is public opinion polling.

A September Elon University Poll found "50 percent of respondents said they believe the health care law will make things worse for the health care situation in North Carolina. Twenty-nine percent believe the law will make things better, while 14 percent don’t think it will make a difference." Those numbers echoed a High Point University poll that showed the Affordable Care Act gaining popularity but still opposed by roughly half of all North Carolinians.

Is it true? It is certainly true that Hagan has continued to push for the implementation of the Affordable Care Act. As to whether that constitutes not listening to North Carolina depends on how you read the polls. However, public opinion surveys do suggest that Hagan's votes may run counter to public sentiment toward the health care law.

UPDATE (11/1/2013): Sen. Hagan's staff argues that while the ACA has had a rough time in local polls, national polling has suggested that Americans would like Congress to work on fixing problems with the law. Hagan, the senator's staff argues, favors making improvements to the law.

"Hagan supports waivers for friends of Obama and special treatment for Congress and their staffs."

It's unclear who AFP might consider "friends of Obama," and backup material provided by the organization does not address this part of the claim.

However, there have been assertions that the administration has granted somewhere between 1,100 and 1,200 exemptions to friends of the president. These claims have largely been rated as bogus by other fact-checking organizations.

For example, PolitiFact.com, a Pulitzer Prize-winning project, examined a claim by South Carolina Republican Congressman Mick Mulvaney that the president has "has given 1,100 special waivers to his friends." PolitiFact said that, rather than political allies, as Mulvaney suggested, the exemptions went to firms that hire low-wage workers. Some unions – traditional allies of Democratic politicians – were on the list of those that received waivers. The website also pointed out that the waivers were granted through a well-publicized public process.

The Washington Post examined a similar claim by Louisiana Republican Congressman Steve Scalise. In that case, the newspaper said the congressman "gives the impression that vast segments of politically connected 'groups' have been excused from the health care law when, in fact, he is mostly referring to a one-year waiver that was intended to make the transition to the new system easier for people with bare-bones insurance." The same could be said of Americans for Prosperity's language.

As to claim Congress is somehow getting special treatment, this has also been debunked. To understand why, it's helpful to know that the members of Congress and their staff have long participated in the federal employee health plan. As many private-sector employers do, the federal government subsidized that coverage.

Starting in 2014, members and staff will have to buy their coverage through health exchanges. In August, the agency that manages federal benefits put forward a rule that says that Congress can supply that same subsidy when its workers buy insurance on Affordable Care Act exchanges. The assertion that this subsidy somehow constitutes special treatment for Congress has been called a myth by FactCheck.org, a project of the Annenberg Public Policy Center of the University of Pennsylvania, and "false" by PolitiFact.com.

"The subsidy referred to is the government continuing to share the cost of insurance premiums, as is standard practice in every establishment that offers insurance to its workers. There is nothing special about that," wrote PolitiFact in a recent evaluation of the claim.

"While Trader Joe’s, for instance, is discontinuing its health insurance plan for part-time employees, the company will be giving each of them $500 a year, which sounds like a pittance. But when it is combined with the subsidies that low-wage employees like these will receive, coverage on the exchanges will actually cost most employees less out-of-pocket than what they got from their employer," he writes.

Is it true? No. Neither claim has been substantiated by prior fact checks.

UPDATE (11/1/2013): Two days after this post originally posted, Adam Nicholson, state communications manager with AFP, argued that we had overlooked the real rationale for the AFP claim that Congress was getting a special benefit. This was information the group did not provide in the fact sheet it sent the day the ad was released.

"The issue is not the subsidy (which, as you point out, is effectively provided by many corporate health insurance plans) but the OPM’s special rule which is created out of thin air to allow Congress access to the DC SHOP, an opportunity not available to other large organizations (which face the same issues as Congress, and which would likely benefit from access to a small business exchange)," Nicholson wrote in an email.

Now, it's worth noting that stories AFP linked to in their original backup explicitly made the subsidy argument and did not mention DC SHOP, and argument that doesn't appear to have been made elsewhere.

By way of background, D.C. Shop is an ACA exchange designed to handle traffic from businesses within the District of Columbia. Bigger firms, those with over 50 people, won't be able to access that exchange until 2017. Presumably, most of those big firms will be keeping their employer sponsored health plans in place.

AFP is now arguing that because Congress is allowing its employees to buy insurance on that exchange they are getting a special benefit not available to others.

Of course, Congressmen and their staff are in something of a unique position to begin with. No other employer in the nation was forced to do away with its employer-sponsored health plan as Congress was.

AFP's argument hinges on Congress being treated favorably when compared to the rest of the country. It does not appear that Congressional staffers will have access to health plans or pricing that others on the same exchange wouldn't otherwise have. This mechanism appears to be more a matter of administrative convenience than special emolument. The program is explained in this fact sheet from the Office of Personnel Management. And, as explained by "The Hill" newspaper, adding more people to the D.C.-based exchange will actually help it remain financially stable. The move is not entirely unlike a moved by IBM and GE to move their retirees into private exchanges while providing a subsidy.

This still appears to be a case of making a mountain out of a technical molehill. But for those who want more on the topic, here is AFP's second crack at producing backup for the ad and a rebuttal put together by Hagan's campaign.