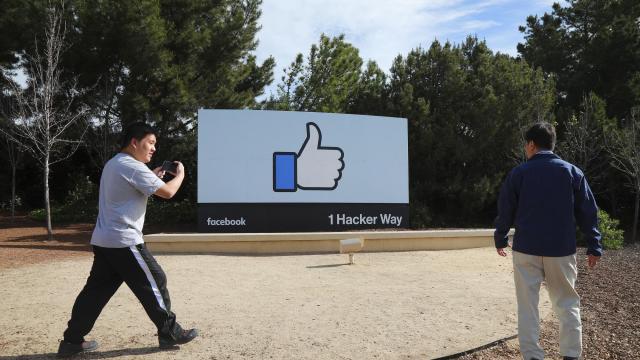 SAN FRANCISCO — When Facebook told Wall Street in July that its business would slow down, it had few answers for how it planned to change that trajectory.

On Tuesday, the social network came back with some responses.

The Silicon Valley company predicted that the next few years would be tough, but said Facebook was looking to a future where it would move beyond News Feed, the stream of content that is the core of the platform. The social network said it would instead focus more on different mediums like ephemeral messaging, private chats and video — even though none of those make as much money as the News Feed does.

“We have great products people love, but it will take us some time to catch up,” Mark Zuckerberg, Facebook’s chief executive, said in a conference call with investors. “It will take some time, and our revenue growth will be slower.”

Facebook disclosed its vision for the future along with its quarterly financial results, which showed slowing growth in revenue and in the numbers of new users. The earnings report followed a difficult 18 months for the firm, which has been under scrutiny for spreading disinformation, hate speech and leaks of user data. Facebook’s business had initially withstood the scandals, but its growth had recently started to flag.

Zuckerberg and others had vowed that Facebook would change to deal with those problems. The social network has pledged to hire tens of thousands more people to monitor content on its platform, and said on Tuesday it planned to spend $18 billion to $20 billion in operating expenses next year. But new problems keep cropping up almost every week; last week, for example, the company said it had identified and removed a new influence network that had originated in Iran.

The company will also be tested next week when Americans vote in the Nov. 6 midterm elections. Facebook has said it formed a “war room” to prevent disinformation and election meddling from foreign operatives through its site.

“The fact that problems keep emerging reinforces our view that the company is not as in control of its business as it needs to be,” Brian Wieser, an analyst at Pivotal Research Group, said in a note to clients about Facebook.

For the third quarter, Facebook said its revenue rose 33 percent to $13.7 billion and profit increased 9 percent to $5.1 billion from a year earlier, roughly in line with what Wall Street had expected. Revenue growth was down from the 42 percent jump that Facebook had reported in the previous quarter.

Facebook also said its daily active users increased 9 percent to 1.49 billion from a year earlier, down from 11 percent growth in the previous quarter. Its monthly active users reached 2.27 billion.

The company’s slowdown stems from more than just the scandals it has grappled with. Facebook has also almost fully saturated some of its most important markets, including the United States and Europe. In the European Union over the third quarter, Facebook lost 1 million daily users, partly because of tough new data privacy regulations that were put into place, said Dave Wehner, the company’s chief financial officer.

Another challenge is that people are moving away from public sharing on the News Feed and other public arenas, Facebook said. Instead, people are shifting more toward private messaging services.

“People feel more comfortable being themselves when they know their content will be seen by a smaller group, and when they know it won’t stick around forever,” Zuckerberg said. “Public sharing will always be very important, but people increasingly want to share privately, too.”

Zuckerberg pointed to how people are sharing more on Facebook’s “Stories” product, an ephemeral photo and video service. The idea of ephemeral messaging was made popular by its rival Snap with its Snapchat app; Instagram and Facebook later adopted the same concept. People are now sharing more than 1 billion “Stories” on Facebook every day, the company said.

Yet Facebook does not charge as much for advertisers to run ads on “Stories” as it does in the News Feed, so shifting to ephemeral messaging may not be as lucrative, the company said. That is partly because tools to make ads for “Stories” are not fully developed yet, and it is easy for users to ignore ads on the service or skip the service altogether, analysts said.

Zuckerberg said Facebook was also looking more toward some of the properties it already owned, such as messaging apps WhatsApp and Messenger, which together have more than 2 billion users. It is also building a stable of original programming on Facebook Watch, its video service, to engage users, as well as working on efforts like an e-commerce marketplace, a jobs service and a dating service, he said.