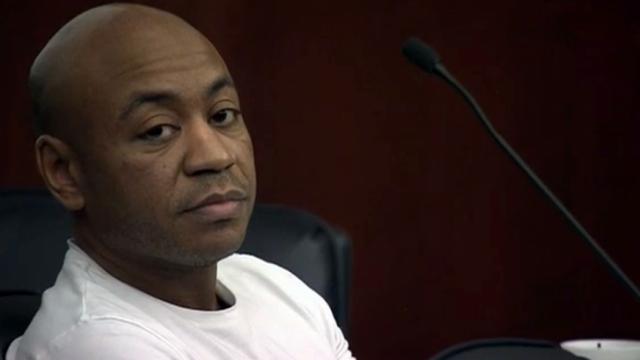 Raleigh, N.C. — A Raleigh man accused of killing his ex-girlfriend wrote in a Facebook message four months before her death that a "nasty" custody dispute between the two over their 2- and 3-year-old sons was draining him of his savings.

"Eight-five grand in legal fees, forensic evaluators, shrinks … all on me, of course," Grant Hayes, 34, wrote in the March 15, 2011, message to a friend. "The good news is that the courts gave primary custody to me of both boys in a temporary order … The bad news is that I've gone from having the financial security to allow my wife and I to stay home all day to selling jewelry just to keep the lawyers on the case and the lights on."

Further Facebook messages – revealed to jurors Monday in Hayes' first-degree murder trial – have him characterizing 27-year-old Laura Ackerson as a "woman scorned" who was after him for his money and "making life for me as difficult as possible."

"My ex, Laura, was crazy, and I didn't know it 'til it was too late," Hayes wrote in a May 24, 2011, message. "We had two kids together, and she's still putting me through hell. I've been married over a year to another woman, and I still have to hear her voice every day."

In a message on July 12, 2011, a day before prosecutors say Ackerson was killed, Hayes told a friend that he decided he was "just gonna let Laura keep the boys."

"N.C. ain't gonna let me share custody unless I stay here, and I just can't make a living around here," wrote Hayes, a musician who traveled around the country performing and had moved from New York to Raleigh as part of a temporary custody arrangement.

Wake County prosecutors claim it was the custody battle that led Hayes to plan and carry out Ackerson's death at the northwest Raleigh apartment he shared with his wife, Amanda Hayes, and that the couple then cut up her body, drove to Texas with the remains packed in coolers and threw them in a creek near a relative's home.

Defense attorneys, however, say Ackerson had given up the custody fight in exchange for $25,000 and that it was Amanda Hayes, 41, upset about the arrangement, who killed Ackerson during an argument.

Grant Hayes, his attorneys contend, helped dispose of Ackerson's remains to cover up his wife's actions, because no one would believe the death was unplanned.

Ten days after Ackerson's disappearance and two days before his arrest, however, Grant Hayes was telling friends on Facebook that police had trashed his home during a search, took his SUV and that the ordeal he was going through was like a bad movie.

Two days later, Raleigh police arrested the Hayeses at his mother's home in Kinston, where police officer Kevin Crocker had been staking out the couple in anticipation of their arrests.

"(Grant Hayes) was smoking a lot of cigarettes, back to back," Crocker testified Monday. "He appeared to be very nervous. His parents kept coming out. It appeared that people were trying to console him and talk to him at that point in time."

Inside the home, authorities found a number of items, including a signed note in which the Hayeses relinquished custody of his sons and their 1-month-old daughter, to Grant Hayes' mother.

Raleigh police detective Thomas Ouellette testified that he also found scrawled on an old envelope notes that appeared to be from someone preparing to give a press conference.

"That's what my initial assessment of it was," he said.

In the days that followed, police conducted a more thorough search of the Hayeses' apartment, and even dismantling pipes in a hallway bathroom that Sgt. Brian Hall described as "remarkably clean and practically sterile" and absent of a shower lining, shower rod, floor mats and other items.

Investigators going through the trash from the apartment complex found on July 29 the floor mats, shower lining, as well as cleaning supplies and other items from Hayeses' home.

Among the items that had been trashed were several bags that had each contained 10 pounds of ice, face masks, yellow rubber gloves, protective goggles, a pair of women's pants, men's underwear, a red bleach-stained towel and a yellow discarded vacuum cleaner described by Amanda Hayes' adult daughter as belonging to the Hayeses.

Sha Guddat testified early in the trial that her mother called her on July 14 asking if she could borrow Guddat's vacuum because hers had broken.

Guddat also testified that the Hayeses' financial situation was "swirling down the drain."

Grant Hayes, she said, had sold a Rolex watch belonging to her mother as well as a diamond tennis bracelet and other items.

"Anything my mother had, at that point, had been pawned," Guddat said.