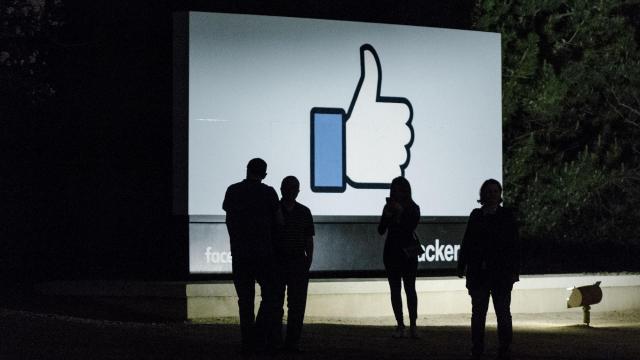 Facebook used the mountains of data it collected on users to favor certain partners and punish rivals, giving companies such as Airbnb and Netflix special access to its platform while cutting off others that it perceived as threats.

The tactics came to light on Wednesday from internal Facebook emails and other company documents released by a British parliamentary committee that is investigating online misinformation. The documents spotlight Facebook’s behavior from roughly 2012 to 2015, a period of explosive growth as the company navigated how to manage the information it was gathering on users and debated how best to profit from what it was building.

The documents show how Facebook executives treated data as the company’s most valuable resource and often wielded it to gain a strategic advantage. Mark Zuckerberg, Facebook’s chief executive, and Sheryl Sandberg, the chief operating officer, were intimately involved in decisions aimed at benefiting the social network above all else and keeping users as engaged as possible on the site, according to emails that were part of the document trove.

In one exchange from 2012 when Zuckerberg discussed charging developers for access to user data and persuading them to share their data with the social network, he wrote: “It’s not good for us unless people also share back to Facebook and that content increases the value of our network. So ultimately, I think the purpose of platform — even the read side — is to increase sharing back into Facebook.”

The release of the internal documents adds to Facebook’s challenges as it wrestles with issues as varied as how it enabled the spread of misinformation and whether it properly safeguarded the data of its users. Zuckerberg and Sandberg are under scrutiny for their handling of the matters; the executives have publicly said they were slow to respond to some of the problems.

Facebook had tried to keep Parliament from releasing the documents. The materials had been under seal in the United States as part of a lawsuit in California with an app developer. Damian Collins, the chairman of the Digital, Culture, Media and Sport Committee that is investigating Facebook, used Parliament’s sergeant-at-arms to obtain the documents last month. Collins said he had the jurisdiction to procure and publish the documents as part of his panel’s investigation.

In a statement, Facebook said the documents were selectively chosen to be embarrassing and misleading as part of a “baseless” lawsuit. “Like any business, we had many internal conversations about the various ways we could build a sustainable business model for our platform,” the company said. “But the facts are clear: We’ve never sold people’s data.”

Zuckerberg posted his own response on Facebook after the publication of the documents, saying the company had limited its access to certain apps and made other changes to prevent abuse of its platform. “I understand there is a lot of scrutiny on how we run our systems,” he wrote, adding that context was needed. “This was an important change to protect our community, and it achieved its goal.”

Much of what was disclosed in the documents was not new, but the emails provide insight into the calculations of top executives as they worked to cement Facebook’s position as the world’s dominant social network. The documents’ publication coincides with a more hawkish shift in public opinion toward online collection of user data, prompted partly by revelations this year of how the political consulting firm Cambridge Analytica misused Facebook users’ information.

The 250 pages of documents cover a period when Facebook was shifting its business from a focus on desktop computers to mobile devices. After years of being largely open in sharing data with partners, Facebook was beginning to debate how to be compensated for the data it was sharing.

“Unless anyone raises objections, we will shut down their friends API access today,” Justin Osofsky, a Facebook executive, said in an email at the time.

Zuckerberg responded: “Yup, go for it.”

Emails also show that Facebook was hungry for more data and that user privacy, at least at the time, was an impediment to its goals of growth and engagement. In one email exchange, employees discussed avoiding a potential public backlash about an update to its Android app that would log calls made by people on their phones.

“This is a pretty high risk thing to do from a PR perspective but it appears that the growth team will charge ahead and do it,” Michael LeBeau, an employee, said in a 2015 email.

The documents also demonstrate the web of companies and services that plugged into Facebook’s platform to receive information on users. The Royal Bank of Canada requested access in one note, as did the dating apps Badoo and Hot or Not.

At the time, Facebook was also transitioning to what it called Platform 3.0, which would give it more control over the data of its users. Facebook emphasized the privacy benefits of the change, but the documents also show it trying to create more of a walled garden that it could leverage for its business.

“Without limiting distribution or access to friends who use this app, I don’t think we have any way to get developers to pay us at all besides offering payments and ad networks,” Zuckerberg said in a 2012 email.

The emails also lay out how Facebook debated whether to restrict app developers’ access to some data unless those developers bought advertising on the social network, a policy the company now says it never enacted.

In other documents, employees outline potential ways to keep other services from using data collected from the social network in order to build their own services.

“Why let someone like Pinterest or Path read all our data, create a separate stand-alone app, and then use our paid distribution to compensate us,” Mike Vernal, a former Facebook executive said during one exchange.

Facebook also relied on data from a company called Onavo, which it acquired in 2013, according to the documents. Onavo offered a series of apps that let people monitor their data usage and protect them from malware and threats. The app also sent valuable data on what types of apps people were downloading back to Facebook.