FAA to investigate after plane slides off runway during attempted takeoff in Harnett Co.

Erwin, N.C. — Members of the FAA will be on the scene at the Harnett County Regional Airport early Friday after a plane ran off the runway while attempting a takeoff on Thursday.

A trooper with the NC State Highway Patrol said officials received a call at 4:26 p.m. of an aircraft issue. They said a pilot, Gilberto Guitarte of Cary, was trying to take off in his plane when, for some unknown reason, it went off the runway and into some trees that were several yards off from the runway. 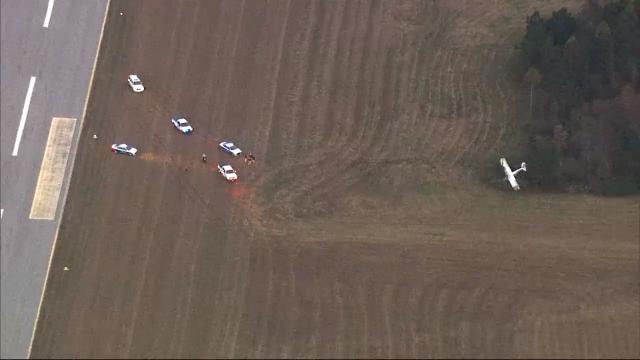 Guitarte walked away and was not taken to the hospital, officials said.

The plane was being removed from the trees by a tow truck early Thursday night.