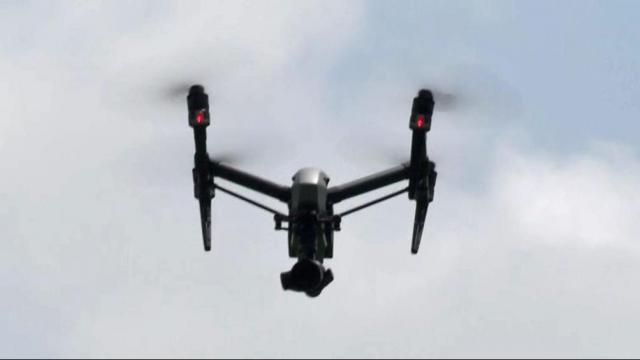 DAYTON, Ohio -- Small drones could potentially cause more damage to an aircraft than a bird strike, a Federal Aviation Administration study found.

The FAA has reported a rising number of pilot sightings of small drones as the popularity of the small unmanned aircraft systems has soared. Though Dec. 10, the agency said pilots reported 2,118 drone sightings this year, compared to 1,840 in 2016, and 1,218 in 2015. The FAA cautioned, however, since the operator cannot be identified in many cases, it can't say what the person who reported the sighting actually saw.

The FAA's Alliance for System Safety of UAS through Research Excellence -- also known as ASSURE -- worked with researchers across the country, including Ohio State University, on the study.

The research found heavier, stiffer components, such as a drone motor, battery or a camera, could cause more structural damage to an aircraft than birds of the same weight and size, said Kiran D'Souza, an Ohio State University assistant professor of mechanical and aerospace engineering.

For all the sightings, the FAA said it has one reported incident of a drone striking an aircraft when one struck a Black Hawk helicopter near New York City in October.

ASSURE researchers investigated what would happen if a drone hit the body of an aircraft or was ingested into an aircraft engine, D'Souza said in an interview with the Dayton Daily News. The experiments were a mixture of computer simulations and lab tests, he said.

For example, at the University of Dayton Research Institute, parts of drones were fired into aluminum panels to simulate an aircraft, researchers said. The tests showed "a number" of panels were penetrated, said Kevin Poormon, a UDRI research engineer who participated in the study.

"Our plans in the near future are to shoot complete drones at actual aircraft structures," he said. The work, which will target windshields and aircraft wings, would begin in February at UDRI, he said.

While the effect of bird strikes on airplanes is well documented, little is known about the effects of small unmanned drones with stronger materials hitting aircraft, according to Marty Rodgers, ASSURE director and a Mississippi State researcher.

"The results of this work are critical to the safety of commercial air travel here in the United States and around the world," he said in a statement.

Researchers evaluated the potential impact of drones weighing 2.7 pounds to 8 pounds on a single-aisle commercial jet and on a business jet, according to OSU.

"Even small unmanned aircraft systems can do significant damage to engines," D'Souza said.

The FAA has guidelines for building aircraft to withstand bird strikes of a certain weight, but tougher requirements do not exist specifically for drone collisions, researchers said.

Studies were expected to continue through 2021.

While the research studied the potential for damage to an aircraft, it did not estimate the probability of a collision between an unmanned drone and a plane, D'Souza said.

A spokesman for the Muncie, Indiana-based Academy of Model Aeronautics, which has about 200,000 members nationwide, said safety is the "highest priority" for the organization.

Drone operators face federal rules and operating guidelines, such as notifying air traffic controllers when they want to fly within five miles of an airport and making way for manned aircraft.

The federal provision "allows AMA members to continue flying responsibility under AMA's strict set of safety guidelines, as we have for decades," organization spokesman Chad Budreau said in a statement this week.