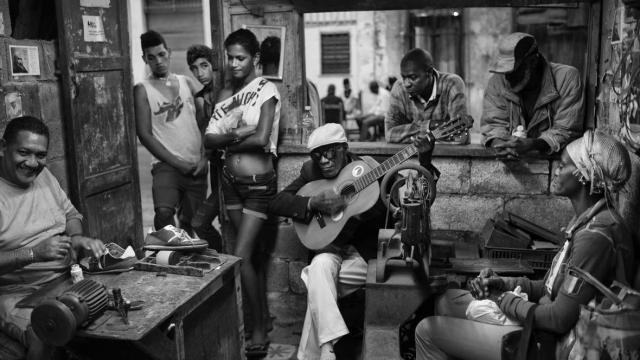 WILSON – The magic began on April 10, when the first of 100 enormous photographs began to appear in storefronts in downtown Wilson. By the time all are in place on April 21, the fourth annual Eyes on Main Street will kick off 100 days of events that will turn Wilson into an international cultural center.

"In early 2014, we had the idea of 100 photographs from 100 different photographers in 100 windows for 100 days," he said. At first the community wasn't sure what to make of it, but they’ve learned they have something special going on.

The photographs are measured in square feet, not mere inches, and fill storefronts with scenes from around the world. Thriving businesses and abandoned buildings alike host the photos of everyday scenes from international neighborhoods, hence the festival's theme "A Crossroad of Cultures."

These are the gritty, realistic scenes of journalistic photography. 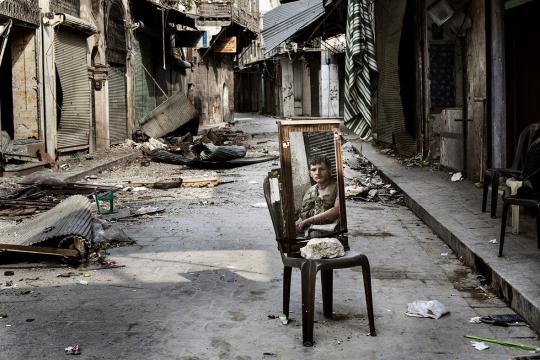 De Perlinghi, a native of Belgium, worked for decades for news services around the world. Much of that time he was based out of Chicago. He used those connections to find the photographers -- 50 women and 50 men, from 48 different countries who provide the photos.

"You will walk down the street and hear speakers in 10 different languages on [April] 21," he said. "This festival is a glue to help bind us together."

The six-block photo exhibit lines Nash Street and events are open to all.

Everything is free, though registration is required for the lectures. De Perlinghi wanted to make sure all of Wilson’s families could participate, and thanks to financial support from many in the community, no one has to pay to participate.

A complete list of events and the photos themselves can be found at www.eyesonmainstreetwilson.com. 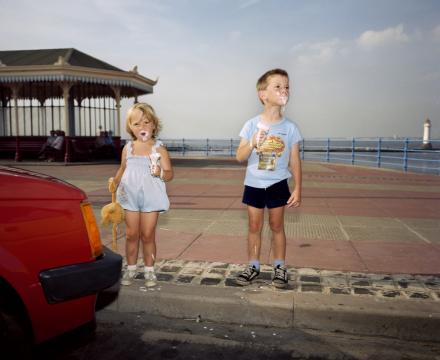 Eyes on the Residency: Photographs of local scenes shot by the first seven resident photographers who lived in Wilson for a month between September 2017 and February 2018 will be featured at the corner of Douglas Street and Nash Street, across from the Imagination Station.

The Kids Gallery – Indoor and Outdoor Exhibits: Fifty large-scale photographs shot by Wilson youth during the 2017 workshop will be exhibited in an outside gallery on the corner of Douglas Street and Nash Street. The 2018 Kids Indoor Gallery will be exhibited at 203 East Nash Street. On April 16, faculty and students from the School of Fine and Performing Arts of Columbia College Chicago will conduct after-school workshops for more than 100 lucky Wilson youths. Canon USA lends the cameras.

Judith Rodriguez, Eyes on Wilson: Photographer Judith Rodriguez spent a week in Wilson during the third festival shooting street portraits of local residents. These photographs will be located behind the Imagination Station.

Eyes on India: The work of seven contemporary Indian photographers focusing on India will be displayed at the Imagination Station History and Science Museum.

Eyes on Ukraine: The work of five contemporary Ukrainian photographers focusing on Ukraine will be on view at the Imagination Station History and Science Museum.

Eyes on Columbia College: Photographer Jasmine Clark will present "In a Military State of Mind" in the alley and garden behind 113, 115, 117 Goldsboro Street (now Downtown Public House).

Nash Street becomes a free, six-block open-air art gallery until July 29, when the photographs disappear as magically as they appeared. In that time, De Perlinghi will take three or four daily walks to watch and listen to the reactions from passersby. He, too, will look closely at the large photos.

"And every day I will see things I missed before," he said.