CNN — The House Intelligence Committee and lawyers for the whistleblower who filed a complaint about President Donald Trump's conduct are discussing extreme measures to protect the individual's identity amid growing concerns about his or her safety, according to several sources familiar with the process.

It is still unclear when the whistleblower might ultimately talk with the committee. But talks are underway looking at several options to attempt to prevent the whistleblower from being identified or having his or her name leaked to the press.

Among the measures being discussed are the possibility of using an off-site location, limiting Hill staff and members who would be present and even disguising the individual's image and voice, the sources said. Any secure facility, known as a SCIF, could be used for the meeting, potentially the facilities located at Langley or Ft. Meade.

There are also ways to bring the whistleblower up to Capitol Hill without being seen by the press, including what one source described as the "Petraeus treatment," referring to the former CIA Director and commander of US Central Command, David Petraeus' private testimony from years back. 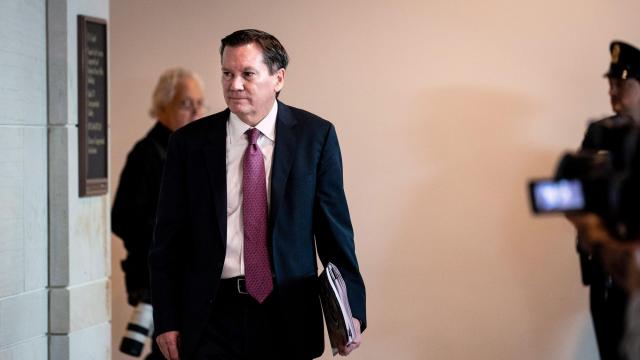 Sources familiar with the situation have told CNN that the whistleblower's lawyers are still working on obtaining the appropriate security clearances so they can accompany their client to the meeting with lawmakers and/or Hill staff and that process appears to be ongoing.

CNN reported last month that the whistleblower's legal counsel "wrote to the Acting Director of National Intelligence to request specific guidance as to the appropriate security practices to permit a meeting, if needed, with the Members of the Intelligence Oversight Committees."

The meeting could take place on the condition that acting Director of National Intelligence Joseph Maguire approves appropriate security clearances for the individual's legal counsel so that they can accompany their client, correspondence obtained by CNN showed.

Protecting the whistleblower's identity remains a major priority for legal counsel who has raised concerns about their client's personal safety amid attacks from President Donald Trump and some of his Republican allies who have sought to discredit the complaint detailing concerns about Trump's communications with the president of Ukraine.

While the whistleblower's lawyers have declined to comment on specific security practices that may be implemented, they have noted that they have the client's safety in mind at all times. As of last week, the client was still going to work and continuing to go about their normal daily tasks, according to two sources familiar.

A source familiar with efforts to protect the whistleblower's personal safety told CNN that a group of retired Navy SEALs have come forward to offer assistance. While the extent of that assistance remains unclear, the source suggested that the SEALs could be used to provide personal security at places like the whistleblower's home.

Concerns about the whistleblower's safety escalated last week amid rumors that a media outlet was preparing to publish the individual's name, prompting the attorneys to send out a flurry of tweets urging the media to refrain from outing their client.

While the whistleblower's name was ultimately not published, the possibility that their client could be outed at anytime remains a major concern for the attorneys.