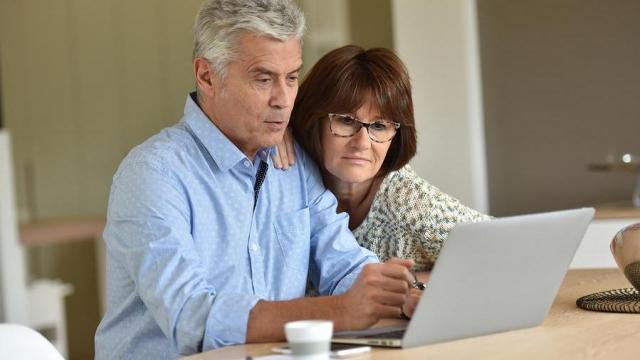 According to a 2015 survey conducted by the Associated Press-NORC Center for Public Affairs Research, 34 percent of Americans assumed Medicare would cover ongoing nursing home care, while another 27 percent were unsure. That’s simply not true.

“There’s a big disconnect between what resources people think they will need financially during their last years and what they actually do,” said Hans Scheil, founder of Cardinal Advisors and author of The Complete Cardinal Guide to Planning For And Living in Retirement, which is available on Amazon and in local libraries.

This probably has to do with the fact that only 37 percent of Americans believe they will need any care in their later years, while 70 percent actually do.

In a separate survey conducted by the National Conference of State Legislatures and the AARP Public Policy Institute, 90 percent of people over 65 want to stay at home as long as possible. Eighty percent believe they will live at home until they die.

Let’s talk about what that might cost. In the past, when family lived close-by or even in multigenerational households, free, in-home familial care was common. Now, however, with family dispersed and adult children often juggling their own children, full-time jobs and their parents' care, one must more often seek outside paid help. Informal, independent caregivers can run $12-$18/hour. Agencies in Wake County offering consistent, trained and vetted Certified Nursing Assistants cost $20-25+/hour, depending on the level of support needed. If we were to assume round-the-clock agency care at the lower-end, $20/hour rate, that would cost approximately $14,400/month or $172,800/year. Who can afford that?

Let’s now consider assisted living. In Wake County, the cost for private-pay, month-to-month assisted living ranges from $2,500/month in a shared room at the lower end up to $7,500+/month in a private room at the higher end (or approximately $30,000-$90,000/year). If the average length of stay in assisted living is 28 months, that translates to a range of $70,000 to $210,000. According to the Centers for Disease Control and Prevention, 59 percent of all assisted living residents eventually move to a skilled nursing facility where the average stay is 835 days. Over the course of four to five years of care, a family can easily spend $250,000 to $450,000, if not more. How much of this is covered by Medicare? On average, about 12 percent. Medicare covers only medical care costs.

Scheil, who has been advising families for over 40 years, said, “While I’d like to tell you that all of my clients plan ahead, the truth is a good amount have their adult children come to me when they are already in crisis. A parent has had a medical incident and is suddenly no longer able to live at home independently. I help them come up with a short-term plan that meets the immediate financial needs, as well as develop a longer-term plan that can respond to needs over time.”

One such client, who was featured in Scheil’s book, is Christina, a trauma nurse at a local hospital. One day she received a call from her father’s neighbor in Florida, who said Michael could no longer take care of himself. She needed to come down, clean out and sell his house, bring him back to North Carolina and find him a place to stay. He was only 71, but his dementia had progressed to the point where he could no longer live alone. He had not filed income taxes in 10 years, so Christina had no idea what assets he had besides a monthly social security check ($1,800/month). Christina found him a bed in a shared room in an assisted living community convenient to her that cost about $4,000/month. That meant that Christina had to pay out-of-pocket the monthly shortage of $2,200 until they could sell Michael’s house and locate and then gain control of other assets.

Enter Cardinal Advisors. Scheil first referred the family to a local elder law attorney to make sure they had the proper paperwork in place: a financial and healthcare power of attorney, a HIPAA release and a will and testament. He then had an accountant step in to organize and file 10 years worth of income taxes. The information gathered enabled Scheil to find IRAs and other investment accounts. Scheil also learned that Michael was a veteran who had served during active wartime. Scheil immediately turned to the local veterans-accredited attorney to see how to qualify Michael for Veterans Aid and Attendance. To meet short-term needs, Scheil recommended drawing down from one of Michael’s IRAs.

“Most people don’t consider drawing down their IRAs to pay nursing home costs because of the income taxes due,” Scheil said, “but in Michael’s case, I knew he could deduct most of the medical expenses for long-term care, thereby reducing the tax liability.”

Scheil added, “I also needed to develop a longer-term plan, should Michael live another 10 or more years.”

Michael was fortunate. His application for VA Aid and Attendance was accepted effective on the application date, which netted him a lifetime benefit of $1,788/month towards the cost of care. Scheil also reduced Michael’s supplemental monthly insurance plan by $200/month by switching to a Medicare Advantage plan. Additionally, he used the remaining amount in Michael’s IRAs to set up an annuity which generated substantial monthly income. Finally, in a stroke of luck and using the Florida lost property database, Cardinal found $1,000 from an unclaimed refund for Michael.

Put simply, when Christina brought her father to Cardinal Advisors, she was paying $2,200 out of her own pocket to make up the difference between the cost of her father’s assisted living and his income from social security. When she left, her father was settled in an assisted living facility, paid for by his Veteran’s Aid and Attendance benefit, his annuity payment and his Social Security check. Scheil also established an irrevocable trust with remaining funds to provide for his needs for the rest of his life.

Cardinal Advisors has worked with over 6,000 clients. Scheil has served as an expert for US News, Money Magazine, Wall Street Journal, New York Times and the North State Journal, among other publications. He has been in the business for over 40 years.

“My first goal is to put everyone at ease,” said Scheil. “We’re going to help you accept the new reality, and then we’re going to work together to ensure that your parent or parents get the care they need while maintaining the lifestyle they want, and when possible, are able to preserve their estate for future generations.”

It costs nothing to have an initial meeting with Cardinal and it is very economical to have them prepare a simple plan. For more in-depth information, visit CardinalGuide.com.

Liisa Ogburn is an elder consultant and founder of Aging Advisors NC, as well as a writer whose work has been featured in the New York Times, Psychology Today, Academic Medicine, the News and Observer and other places.