Exonerated man sues those who prosecuted his case 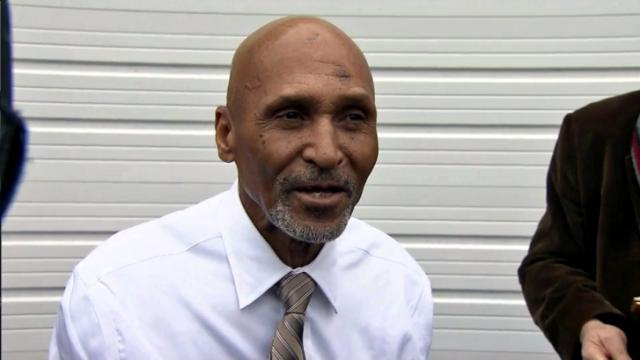 Whiteville, N.C. — Joseph Sledge, who served 37 years in prison for a double murder he did not commit, filed suit last month seeking damages from the men and women who prosecuted him in 1978.

Sledge's lawsuit blames nine people for withholding or failing to find DNA evidence that proved Sledge did not kill a mother and daughter.

Sledge was freed from prison in January after a three-judge panel found him innocent.

The killings of Josephine Davis, 74, and Ailene Davis, 53, in their Elizabethtown home remain unsolved.

District Attorney Jon David, who was not the original prosecutor in the case, apologized to Sledge in January and said that he believed in Sledge's innocence and credited the work of the Innocence Commission for unearthing an "injustice" in the conviction.

"There's nothing worse for a prosecutor than convicting an innocent person," David said. "The 'sorry' is imperfect to convey the magnitude of what happened with respect to this man's life."

In his lawsuit, Sledge's attorneys blame the Columbus County Clerk of Court, the Bladen County Sheriff’s Office and the State Bureau of Investigation for repeated delays in testing DNA in the case which could have exonerated him sooner.

"From at least 1993 to 2013, CCCO, BCSO, and SBI had physical evidence in their possession that would have proved Sledge’s innocence," the suit says.

Sledge wants to have his day in court. The suit asks for both compensatory and punitive damages, to be determined at trial.