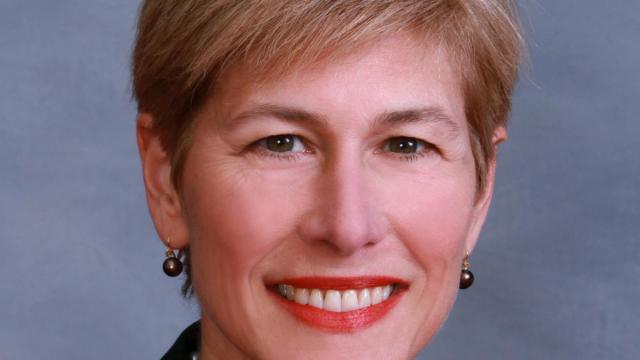 Raleigh, N.C. — Deborah Ross, a former state House member from Wake County, will announce Wednesday that she wants to return to politics, only this time on Capitol Hill as North Carolina's new U.S. senator.

"We all want a government that puts people first," Ross said in a three-minute campaign video. "I don't have every answer, and I won't promise to make all problems immediately disappear. But what I do have is a strong faith in America's promise to make people's lives better."

Ross served from 2003 to 2013 in the state House, where she was a member of the Democratic caucus leadership. For the past two years, she was a general counsel to GoTriangle, which provides mass transit services in Wake, Durham and Orange counties, but she resigned that position last month as she weighed a Senate bid. Before her legislative career, she was state director for the American Civil Liberties Union.

In her campaign video, she credits her parents – an Air Force physician and a teacher and volunteer – with instilling the value of community service in her, and she thanks a junior high history teacher for igniting her passion for democracy, equal opportunity and civil rights.

"I was raised to believe you could do anything – be anything – but too many people in North Carolina today feel that's becoming harder and harder," she said.

Ross alludes to issues that will likely come up on the campaign trail, such as creating jobs that allow people to support their families, providing affordable college and health care, continuing Medicare and Social Security entitlements and ensuring a responsive Department of Veterans Affairs.

In an accompanying statement, she cited her work in the General Assembly on issues such as education, jobs development, protecting domestic abuse victims and backing ethics reforms for public officials. She also blamed longtime members of Congress, such as Burr, for the political gridlock in Washington, D.C.

"Many of the politicians in Washington have made a mess. They play political games while families face real challenges," she said. "These challenges aren’t for the faint of heart. It’s going to take leaders who won’t shy away just because it is hard," she said. "We need a government that puts people first."

"Not long after her idol Hillary Clinton wrapped up the Democrat debate and said she was proud to call half the country her enemy, Deborah Ross announced her campaign for U.S. Senate under the cover of darkness when she thought no one would notice," he said.

Ross had embargoed her announcement until midnight.