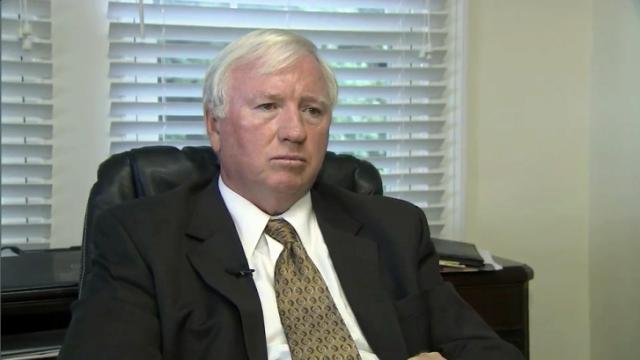 Raleigh, N.C. — A retired prosecutor said Thursday that the decision not to retry a man in the 1987 shooting death of a Duplin County bootlegger doesn't change his belief that the man was involved in the crime.

Larry Lamb walked out of the Wake Correctional Center in Raleigh on Tuesday after a judge tossed his conviction and the Duplin County District Attorney's Office dropped the murder charge against him.

Lamb spent more than 20 years in prison for the Feb. 28, 1987, death of Leamon Grady, who was robbed and found dead in his home.

For more than three years after Grady's death, leads in the case turned up empty. Then, a woman named Lovely Lorden came forward, saying she was with the three men who shot Grady, and her testimony won two murder convictions.

Five years ago, Lorden, who had been Jones' girlfriend, said a detective had coached her before Jones' trial on what to say about Jones and Lamb.

Jones was cleared in Grady's death in 2008. A third man pleaded guilty to a lesser charge in the case.

Hudson, who is now has a private legal practice, said he doesn't think either man was wrongfully convicted.

"Am I going to sit here and say I'm convinced beyond a reasonable doubt at that this point that they're guilty? No, I'm not," he said. "On the other hand, I'm sure not going to declare them innocent either."

Hudson said he has "no earthly idea" why Lorden recanted her testimony and then refused to speak with prosecutors, but he steadfastly believes she told the truth during Lamb's and Jones' trials.

"I don't think she lied in the first place," he said. "We didn’t just sit there and take her testimony without doing a lot of work to corroborate it.”