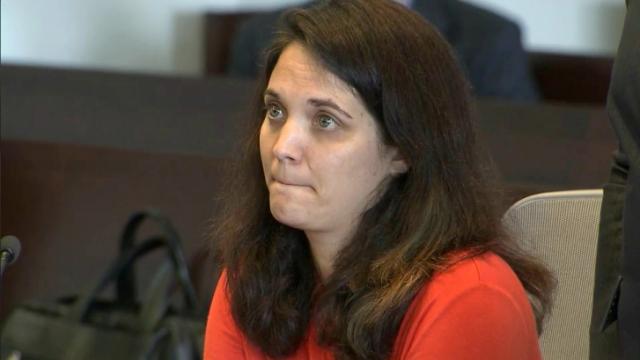 Authorities said Michelle Smith White formed a friendship with a female student in 2012, when the girl was 15, and it later evolved into a sexual relationship. White was the dance teacher at Jordan High School at the time.

The girl's father called White "a practiced predator," noting that, despite repeated warnings from the family, school officials and police to leave the girl alone, White continued to text her and even got a tattoo with the girl's name in it.

The family had to move the girl out of Durham following the incident so she could get psychiatric treatment, the father said.

White, 39, of Penrith Drive in Durham, pleaded guilty to sex act with a student, two counts of indecent liberties with student, indecent liberties with a child and second-degree kidnapping. She was sentenced to 45 months to 123 months in prison and was ordered to register as a sex offender. The judge also issued a permanent "no contact" order for White regarding the girl and her family.

White worked at Jordan High from March 1997 until she resigned in April 2014 amid a school district investigation into her relationship with the student.