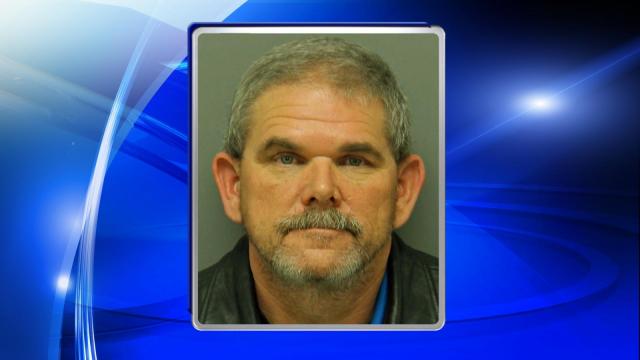 Dwayne Lee Collins, 53, of 222 Moores Pond Road in Youngsville, was charged with larceny by employee and was being held in the Franklin County jail under a $10,000 bond.

Franklin County Sheriff Kent Winstead said his office has implemented the use of software that accounts for inventory of all property owned by agency to "aid in prevention of unauthorized possession in the future."

The badges Collins is accused of stealing were from over a number of years, according to the sheriff's office. Collins was with the Franklin County Sheriff's Office for 20 years before he was let go when Winstead took office in 2014.

Investigators with the Wake Forest Police Department said they found the items at Collins' Youngsvile home on Jan. 13 while serving a search warrant in an unrelated case.

"They discovered some illegal activity that Mr. Collins had taken part in, in Franklin County," said Bill Crabtree with the town of Wake Forest.

The search warrant states that officers responded to 876 N. Main St. on Nov. 9 in response to a burglary and a stolen firearm. A woman said that she returned home to find Collins’ firearm missing and her apartment in disarray.

An officer found a screen was torn about 2 inches and determined it would not have been possible for someone to enter the apartment through the screen. The woman said the only other person who had a key to the apartment was Collins.

Following the break-in, the woman said she began receiving obscene text messages from an unknown phone number. The text messages indicated that the sender knew where she lived and was the person who broke into her apartment, according to the search warrant.

On Nov. 21, a person using the pseudonym “Bates” placed a call to police from the Youngsville Fire Department and said that he saw what he believed to be Collins' stolen handgun in a toolbox in the back of a pickup truck when he was visiting some friends in Wake Forest. “Bates” was later determined to be Collins' son, Trevor Collins.

According to the warrant, Trevor Collins told police that his father called him one day to tell him that the woman needed help getting groceries out of the back of her truck. While helping her at her apartment, he saw his father’s handgun in the truck.

Trevor Collins told police that his dad told him to call in the tip to the Wake Forest Police Department and tell officers where the gun was located. He also stated that his dad admitted to using a “burner phone” to send the obscene text messages, according to the warrant.

"The Youngsville Fire Department takes any criminal investigation against our firefighters very seriously and strive to always provide our citizens with top notch, professional emergency services," said the statement..