Ex-CBS chief Les Moonves will not get $120 million severance 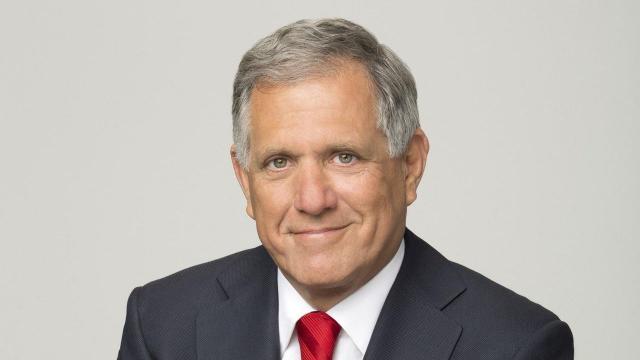 (CNN) — Ousted CBS chief executive Les Moonves "will not receive any severance payment" from the company, the board of directors said Monday evening.

The board members said they had concluded that they had ample reason to fire Moonves, thus denying him severance.

Under the terms of his enormously generous employment contract, Moonves was eligible to receive as much as $140 million upon his exit. When he was forced out in September amid sexual harassment and assault allegations, $20 million was set aside for grants and the remaining $120 million was set up in a trust.

The $120 million has been in a holding pattern for months while the CBS board awaited findings from two law firms that were hired to investigate the allegations against Moonves.

The law firms interviewed many of the women who had accused Moonves of sexual misconduct. The firms — Covington & Burling and Debevoise & Plimpton — also looked into allegations against other individuals at the media company.

The New York Times obtained a draft version of the lawyers' report and said it included multiple examples of both sexual misconduct and corporate misconduct.

CBS board members met last week for the company's annual meeting. They did not announce anything about Moonves at that time.

But on Monday evening, they said in a statement that the wide-ranging investigation into Moonves, CBS News "and cultural issues at CBS" is now complete.

"With regard to Mr. Moonves, we have determined that there are grounds to terminate for cause, including his willful and material misfeasance, violation of Company policies and breach of his employment contract, as well as his willful failure to cooperate fully with the Company's investigation. Mr. Moonves will not receive any severance payment from the Company," the board said in a statement.

An attorney for Moonves, Andrew Levander, responded by saying that the "baseless" conclusions of the board "were foreordained and are without merit."

Notably, however, he did not signal that Moonves would take any further legal action to fight for the $120 million.

In his statement, Levander assailed the leaks to The Times and said the press reports further damaged Moonves' "name, reputation, career and legacy."

Moonves, one of the most celebrated executives in Hollywood history, was accused of misconduct by numerous women in a pair of stories by The New Yorker's Ronan Farrow over the summer.

In Farrow's first story, six women, some of whom were named, alleged harassment and other misconduct by Moonves and connected it to deeper problems at the company.

Some of the claims dated back several decades. Moonves acknowledged making mistakes in his past but said he never abused his power.

The accusations in the second story were even more serious, including "multiple allegations of either physically forced or coerced oral sex," Farrow said on CNN.

The second story came out on a Sunday morning. By that night, Moonves was out.

Moonves said at the time that the "appalling accusations in this article are untrue." His allies claimed that his exit was actually the result of a successful effort by controlling shareholder Shari Redstone to gain a tighter grip on CBS.

Since that day in September, even more allegations against Moonves have come to light.

The Times published a report in November that detailed Moonves' attempts to find a CBS job for an alleged victim so that she would stay silent.

Days later, the newspaper reported that Moonves "destroyed evidence and misled investigators in an attempt to preserve his reputation and save a lucrative severance deal," citing the draft version of the report put together by the two law firms tasked with investigating the allegations. This contradicts the claim from Moonves' camp that he "cooperated extensively and fully with investigators."

And though Moonves has denied having any nonconsensual sexual encounters, the report by the law firms, as quoted by The Times, said Moonves "engaged in multiple acts of serious nonconsensual sexual misconduct in and outside of the workplace" both before and after he joined CBS in 1995.

CBS did not release the law firms' report publicly on Monday. Some advocacy groups have called on the network to be transparent about the findings.

In Monday's statement, the board described the findings with just a few sentences.

The board said the investigation also found "that the resources devoted to the Company's Human Resources function, to training and development, and to diversity and inclusion initiatives have been inadequate, given the size and complexity of CBS' businesses." Without naming any names, the board said "employees also cited past incidents in which HR and the Company did not hold high performers accountable for their conduct and protect employees from retaliation."

In recent months the CBS board and the upper management ranks have been reshaped, in large part by Redstone and interim CEO Joe Ianniello.

The board members said Monday that they have "already begun to take robust steps to improve the working environment for all employees."