Fuquay-Varina, N.C. — A Harnett County man is accused of added extra tips to the bills of 59 people at a Fuquay-Varina restaurant, according to arrest warrants.

Dalton Michael Chobanian, 26, of 65 Crest Court in Angier, was charged with six counts of obtaining property by false pretense and was being held in the Wake County jail under $60,000 bond.

Records state he worked at Abbey Road Tavern and Grill in Fuquay-Varina.

To tip or not to tip: The basics of tipping etiquette

"It's frustrating," Abbey Road owner Mike Montgomery said. "You trust somebody, you pay them well, they do a good job and then they treat people like this. It’s just uncalled for."

Montgomery said Chobanian's courteous nature made him a popular waiter, and no one suspected he was inflating customers' bills and pocketing the money.

Lt. Brett Walsh of the Fuquay-Varina Police Department said an Abbey Road customer went to police to complain that $10 had been added to his bill in September, prompting police to review several weeks of receipts from the restaurant.

"After you presented your card for the bill, he would manually enter in an extra $10 tip," Walsh said. "We reached out to over 50 people in this case that it happened to, and a lot of them didn’t even realize it had happened." 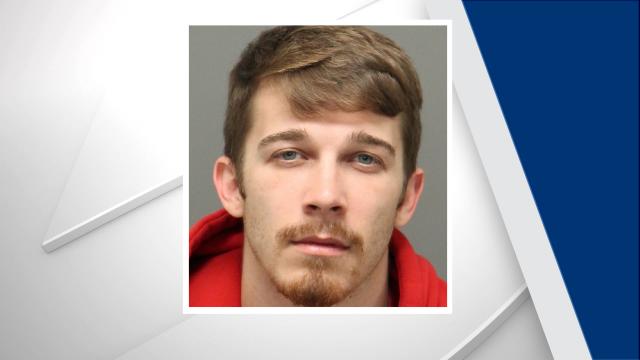 Chobanian, who had completed a prison sentence for marijuana trafficking days before the alleged fraud began and was on probation, was fired as police started finding more and more victims.

"It’s unfortunate because all these people were victimized," Walsh said. "It's only $5 or $10, but it adds up – it adds up really quick."

A total of $550 was taken from the customers, he said.

Montgomery called the the breadth of the alleged fraud "overwhelming" and said he intends to pay back each customer who was cheated.

"You just have to be aware, be careful, and double-check your receipts," he said.

Walsh likewise urged diners to keep receipts until they can be compared with their bank statements for accuracy.

Consumer Reports recommends tipping 15 to 20 percnet of the bill at restaurants, even if service is poor. The organization recommends speaking with managers if servers are rude or offensive.

North Carolina businesses are required to maintain accurate and complete records of all tips received by each employee. An employee's pay in tips is supposed to be certified by the tipped employees each pay period or monthly.