Even a 10-Minute Walk May Be Good for the Brain 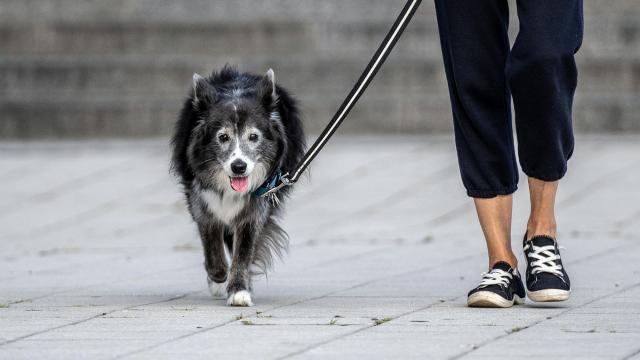 Ten minutes of mild, almost languorous exercise can immediately alter how certain parts of the brain communicate and coordinate with one another and improve memory function, according to an encouraging new neurological study. The findings suggest that exercise does not need to be prolonged or intense to benefit the brain and that the effects can begin far more quickly than many of us might expect.

We already know that exercise can change our brains and minds. The evidence is extensive and growing.

Multiple studies with mice and rats have found that when the animals run on wheels or treadmills, they develop more new brain cells than if they remain sedentary. Many of the new cells are clustered in the hippocampus, a portion of the brain that is essential for memory creation and storage.

The active animals also perform better on tests of learning and memory.

Equivalent experiments examining brain tissue are not possible in people. But some past studies have shown that people who exercise regularly tend to have a larger, healthier hippocampus than those who do not, especially as they grow older. Even one bout of exercise, research suggests, can help most of us to focus and learn better than if we sit still.

But these studies usually have involved moderate or vigorous exercise, such as jogging or brisk walking and often for weeks or months at a time.

Whether a single, brief spurt of very easy exercise will produce desirable changes in the brain has remained unclear.

So for the new study, which was published in September in Proceedings of the National Academy of Sciences, scientists from the University of California, Irvine, and the University of Tsukuba in Japan turned to a group of healthy, young college students.

They recruited students in part because they are easy to come by on college campuses but also because bright, healthy, young men and women should have brains and memories that are functioning well.

For an experiment to produce improvements in their brain function, its effects would need to be potent.

The scientists invited 36 of the students to the lab and had them sit quietly on a stationary bicycle for 10 minutes or, on a separate visit, pedal the bicycle at a pace so gentle it barely raised their heart rates.

In technical terms, the exercise was performed at about 30 percent of each volunteer’s maximum heart rate. By comparison, brisk walking should raise someone’s heart rate to about 50 percent of his or her maximum.

So this exercise was very easy.

It also was short, lasting only 10 minutes.

Immediately after each session of the sitting or slow pedaling, the students completed a computerized memory test during which they would see a brief picture of, for instance, a tree, followed by a variety of other images and then a new image of either the same tree or a similar one.

The students would press buttons to show whether they thought each image was new or the same as an earlier shot.

The test is difficult, since many of the images closely resemble one another. It requires rapid, deft shuffling through recent memories to decide whether a picture is new or known.

Next, the scientists had each student repeat this sequence — riding or sitting on the bike for 10 minutes and then completing memory testing — but the testing now took place inside an MRI machine that scanned the young people’s brains while they responded to the images.

Then the researchers compared results.

The effects of the exercise, undemanding as it was, were clear. The young people were better at remembering images after they had ridden the bike, especially when the images most closely resembled one another.

In other words, the harder their memories had to strain, the better they performed after the exercise.

More unexpected, their brains also worked differently after they had ridden. The MRI scans showed that portions of each student’s hippocampus lit up in synchronized fashion with parts of the brain associated with learning, indicating that these physically separate parts of the brain were better connected now than when the students had not first exercised.

And the greater the coordination between the disparate parts of the brain, the better the students performed on the memory test.

“It was exciting to see those effects occurring so quickly and after such light exercise,” said Michael Yassa, director of the UC Irvine Center for the Neurobiology of Learning and Memory and senior co-author of the new study with Hideaki Soya of the University of Tsukuba.

The findings show that exercise can change people’s brains and minds right away, he said, without requiring weeks of working out. Even better, the exertion required can be so slight as to allow almost anyone, even those who are out of shape or possibly disabled, to complete the exercise.

How, at a molecular level, such gentle exercise affects the brain’s operations is still unknown, he said, although he and his colleagues suspect that changes in blood flow and hormone levels are probably involved.

They hope to explore those issues in future studies and also look at the impacts in younger and older people.

But already, the message is cheering.

“We are not talking about marathons,” he said. “It looks like people can improve their memories with a short walk or an easy session of something like yoga or tai chi.”