American evacuees from Wuhan to be voluntarily quarantined 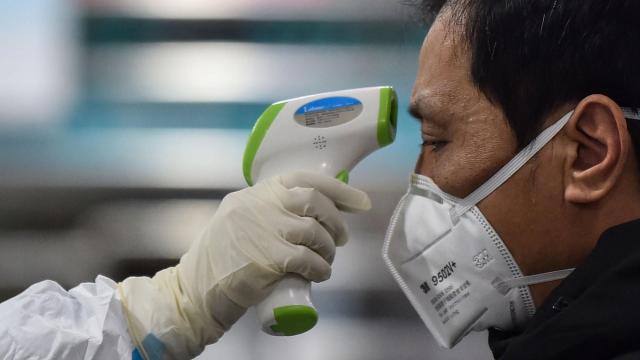 CNN — Hundreds of Americans who returned to the United States Wednesday from the epicenter of the Wuhan coronavirus outbreak are voluntarily quarantined at the March Air Reserve Base in southern California.

Evacuees aren't required to stay in base housing, but US Centers for Disease Control and Prevention officials said passengers were asked to stay for three days of testing and monitoring, and they are willing. If a passenger demanded to leave before the three-day period had passed, it would be a discussion "up to the highest levels within the US government," officials said during a press conference on Wednesday.

After three days without symptoms or positive tests, passengers are free to stay at the base or return to their homes, where they will be monitored throughout a 14-day incubation period.

Any passenger exhibiting symptoms will be transported to a hospital for further evaluation, the CDC said.

"We try and balance how to protect these people, how to respect their rights, how to be as least restrictive as possible and still be very careful about the evaluation that they go under so that everybody is safe," the CDC's Dr. Chris Braden said during the press conference. "This is a balance and if we can do that without a federal quarantine order that restricts people and takes away their rights, that's what we will do."

Passengers were screened and monitored by medical personnel before takeoff, during the flight, during a refueling stop in Anchorage, Alaska, and after arrival, a CDC press release said. Risk assessments have included temperature checks and observing for respiratory symptoms.

Originally, the flight was supposed to land at Ontario International Airport, and arrangements there were underway to keep them there through at least Sunday, according to a county official there.

Curt Hagman, chairman of the San Bernardino County Board of Supervisors, said Tuesday that an empty hangar at the Ontario airport was being outfitted with beds, phone chargers, and televisions so they could watch the Super Bowl game this Sunday.

Late Tuesday night, while the flight was en route to the US from Wuhan, it was re-routed to March Air Reserve Base, about 30 miles from the Ontario Airport.

During the press conference on Wednesday, officials said the most important factor was the comfort of the passengers, knowing they could remain quarantined for up to two weeks.

"We think the base is probably the most comfortable accommodation that we could find for them," said Braden, the deputy director of the CDC's National Center for Emerging and Zoonotic Infectious Diseases.

The decision to quarantine

"With SARS and Zika, we quarantined individuals, but not a whole airplane," said Schaffner, an infectious disease expert at Vanderbilt University Medical Center.

"There's much that is unknown about this virus, and so they're being cautious," Schaffner said. "I think this is consistent with good public health policy."

The French, Australian, and South Korean governments are quarantining their citizens returning from Wuhan.

On Sunday, French Health Minister Agnès Buzyn said that when the French citizens fly home this week, they will be kept in one place to avoid any spread of the virus.

"In order to avoid any spread on the national territory, all the people who are being repatriated will be monitored by health professionals, and will be held for 14 days," Buzyn said.

On Wednesday, Australian Prime Minister Scott Morrison, announced that Australians being flown out of Wuhan were required to stay quarantined on a remote island off the west coast of Australia.

"Australians departing on any flight arranged by the Australian Government will be flown to Christmas Island to undertake a period of quarantine of up to 14 days based on current medical advice as a condition of their assisted departure," according to a press release from the Prime Minister's office. "This will ensure we are also prioritizing public health in Australia."

In South Korea, citizens returning from Wuhan will be quarantined for 14 days in two government facilities, and will receive medical check-ups twice a day, according to a government statement.

Health authorities believe the incubation period -- the time from exposure to the virus until the onset of symptoms -- could be as many as 14 days.

Some experts think quarantining healthy passengers is the wrong approach.

Dr. Paul Offit, a pediatric infectious disease expert at the Perelman School of Medicine at the University of Pennsylvania, said that when someone on an airplane is found to have influenza, fellow passengers are not quarantined.

He said quarantining the Wuhan passengers sends the wrong message -- that a new, exotic virus from a faraway land is more to be feared than one that is in our midst.

"I can't understand why they're doing this. It doesn't make sense," Offit said. "I think it sends the message that this is a virus that is particularly to be feared, that it's more likely to cause deaths than say influenza, which isn't true."