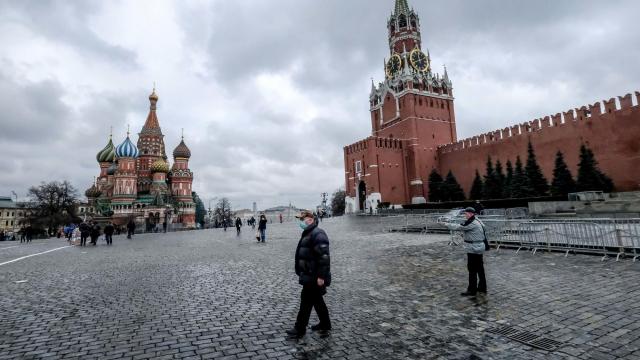 CNN — Russian state media and pro-Kremlin outlets are waging a disinformation campaign about the coronavirus pandemic to sow "panic and fear" in the West, EU officials have warned in a report seen by CNN.

The European Union's External Action Service, which researches and combats disinformation online, said in an internal report that since January 22 it had recorded nearly 80 cases of disinformation about the Covid-19 outbreak linked to pro-Kremlin media.

"The overarching aim of Kremlin disinformation is to aggravate the public health crisis in Western countries, specifically by undermining public trust in national healthcare systems — thus preventing an effective response to the outbreak," according to the report.

The report, dated March 16th, said that the campaign is "designed to exacerbate confusion, panic, and fear." The report outlines how pro-Kremlin media have been working to amplify an array of often contradictory narratives which "hijack" the information space in order to diminish Europe's ability to act in its self-interest.

When asked to comment on the allegations in a call with reporters Wednesday, Kremlin spokesperson Dmitry Peskov denied that Russia is undertaking such an effort and called the accusations "unfounded" and a "Russophobic obsession."

"If this document contained at least one concrete example, and a link to some specific media, I could say something specific," Peskov said. "This kind of Russophobic obsession should somehow be going away given the current situation, ideally, but apparently it isn't," he added.

The EU report states that pro-Kremlin media are not authoring most of the misinformation themselves, instead "they are simply amplifying theories that originate elsewhere."

It adds that Russian state media network RT Spanish is the 12th most popular source across Facebook, Twitter and Reddit when it comes to the coronavirus.

European Commission spokesperson Peter Stano said the center has seen a "flurry" of disinformation about the spread of novel coronavirus over the past weeks.

"The EEAS Stratcom had intensified the monitoring of the information flows and its sources and publicly identifies, exposes and raises awareness about coronavirus-related disinformation spread by Russian sources," Stano told CNN Business.