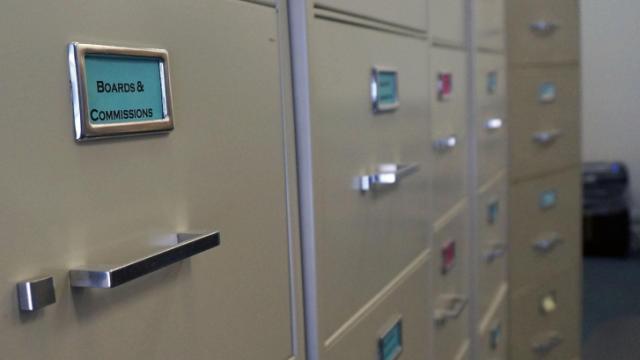 Raleigh, N.C. — The North Carolina Ethics Commission has temporarily shut down an Internet portal designed to let voters review ethics disclosure forms filed by elected officials due largely to complaints from some of those who have to file the disclosures.

A state law passed in 2006 requires both elected officials and certain appointed policymakers to file forms with the state that disclose their financial interest as a way of avoiding, or at least exposing, potential conflicts between private and public actions. The forms list an official's property holdings, employers, certain stock holdings and other financial interests.

Paper and electronic copies of those forms have long been available upon request, but the ethics commission's staff began making them available online July 1. After a soft launch period, the Web portal became more widely noticed in August.

"We started getting a bunch of calls from different people saying they didn't like the fact this type of personal information was available online," said Perry Newson, the commission's executive director.

Many of those complaints came from district attorneys and judges who felt that personal contact information, including home addresses and phone numbers, might be used by criminals or others seeking to influence decisions.

Those complaints came despite every page of the ethics form containing the disclaimer, "This entire document and any attachments are public record." As well, commission staff have provided emailed copies of many forms for more than a year to those who requested them.

"There was never any questioning or debate about whether these documents are public record," Newson said. "People just had this visceral reaction to this being available on the Internet."

Commission staff brought the complaints regarding the Web portal to an ethics commission meeting on Aug. 20. Members of the commission ordered the staff to take the portal offline until they had a chance to review the operation. Newson said that he and his staff are considering ways to address the privacy concerns raised by the filers and still make the forms more available to the public.

"We're just starting that process," Newson said, adding that the staff plans to bring a recommendation to the commission at a scheduled Nov. 14 meeting.

Newson said the commission staff wants the portal to re-launch as soon as possible because it saves time that has been spent fulfilling records requests.

Jonathan Jones, director of the N.C. Open Government Coalition, said the ethics commission isn't doing anything wrong by being cautious, but the move isn't helpful for voters who might want to know more about their elected officials.

Jones is a former assistant district attorney and said he understands the concerns expressed by judges and DAs.

That said, he added, "It seems a little silly to me. I doubt the information on the ethics form is a whole lot different from what they disclose on their campaign finance forms. Those are public records are well, and many of them are available online. ... It doesn't make a whole lot of sense to me to say this form for a judicial candidate should be online and but this one shouldn't be."

Jones also noted that the forms themselves remain a public record.

"Nothing prevents a private entity from going and pulling every single one of these reports and putting them online," Jones said.

This is not the first time this year that those affiliated with the court system have pushed for tighter controls on public information. This summer, lawmakers looked at but ultimately dropped a bill that would have restricted access to certain property information in the wake of a Wake County prosecutor's father being kidnapped.

Newson said there was a second, much more minor problem with the online disclosure portal discovered after it launched. Some filers, he said, had uploaded documents meant to be protected from public view as part of their main ethics disclosure forms. That additional material contained the names of minor children. However, Newson said that happened in only a handful on instances and was a much less thorny problem than the issue raised by prosecutors and judges.