Ethics allegations against Fayetteville Police Chief have been dismissed 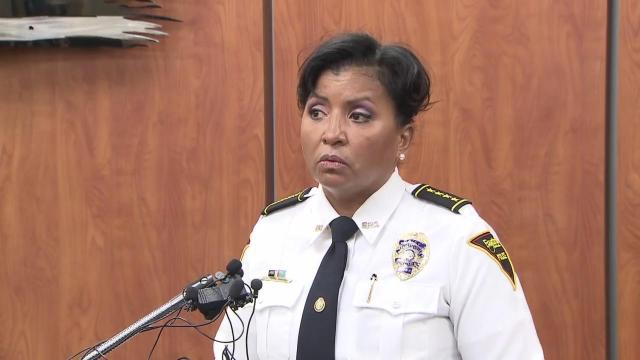 Fayetteville, N.C. — The ethics allegations against Fayetteville Police Chief Gina Hawkins have been dismissed after an ethics commision investigation.

The commission was presented with more than a dozen complaints, but formally investigated 8 of them.

All along she's denied such allegations, some of which included whether Hawkins used her city vehicle for personal reasons and used officers to help her find her lost dog.

The complaint was filed by Raleigh attorney Mikael Gross, who says he became aware of the chief's issues while representing several officers in disciplinary matters.

The official complaint lists what it says are 14 violations committed by Hawkins, which she denies and her attorney calls "meritless ... false accusations."

The chief has publicly denied all of the allegations. Her attorney released a statement to WRAL News in December that read:

The so-called "Ethics Complaint" is meritless and is knowingly compiled of false allegations. Chief Hawkins is limited, for now, in her public response to those allegations as some pertain to FPD personnel / privacy matters. I am sure the so-called "Petitioner" is aware of that fact as he released Chief Hawkins' responses to the media knowing the legal position she is in as Chief. At this juncture, we are befuddled that a hearing would actually take place based upon the complete dearth of any evidence to support the allegations. We look forward to vigorously and aggressively addressing this "Ethics Complaint" at the appropriate time.

Hawkins' attorney had said they plan to aggressively fight the allegations.

Gross, who filed the ethics complaint, also represents a longtime officer who filed a civil lawsuit against Hawkins, claiming he was wrongfully demoted.