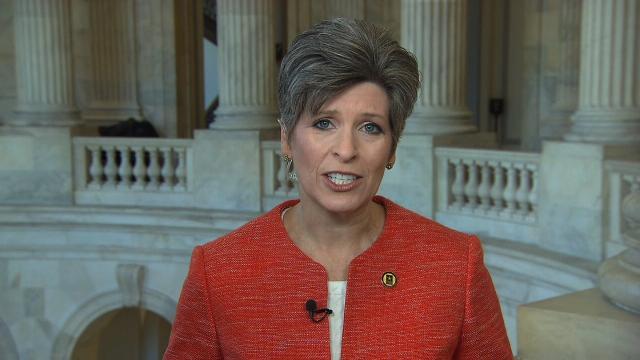 (CNN) — Senate Republicans Wednesday re-elected Sen. Mitch McConnell to serve as majority leader for the new Congress and selected Sen. John Thune to be the new whip, the second-ranking member of leadership, as well as adding a female member -- Iowa Sen. Joni Ernst -- in the No. 5 spot.

Ernst won the contest to become the vice chair of the Republican conference, becoming the first woman to be elected to the Senate GOP's leadership since 2009.

Thune, who was the No. 3 leader, takes over for Sen. John Cornyn, a Texas Republican, who held that post for three two-year terms and must step aside because of term limits imposed by Senate GOP rules.

The slight realignment of the leadership structure came a week after the midterm elections, when Republicans narrowly preserved their majority. Republicans held a 51-49 before the election and it may grow to 53-49 if they win a runoff in Mississippi and Gov. Rick Scott preserves his lead over Sen. Bill Nelson, the Democratic incumbent in Florida.

Other Republicans in the leadership ranks moved up one spot too. Sen. John Barrasso, R-Wyoming, took over from Thune as chair of the Republican conference. Sen. Roy Blunt of Missouri took Barrasso's old job as Policy Committee chair.

"Sen. Young understands how to win difficult Senate races in a presidential election year," said John Ashbrook, a Republican strategist close to McConnell. "He did it in Indiana and his colleagues seem to like the idea of putting a Marine on the job for them in 2020."

Iowa Sen. Chuck Grassley will become the Senate president pro tempore, the longest-serving member in the majority, when Utah Sen. Orrin Hatch retires in January. In this new role, Grassley will be in the presidential line of succession. The position is third in line following the vice president and the speaker of the House of Representatives.

McConnell held a photo-op with new members of the GOP conference and expressed gratitude Republicans held the majority.

"I've been through a few of these over the years," he told reporters. "It's a lot better to have a big freshman class than not. We're here this morning to welcome our six new Republican senators who will allow us to continue our majority."

Scott was in the photo-op even though his race hasn't been called. He declined to say if he stood by his earlier claims of fraud in the counting of ballots in his race.

After the photo-op, the incoming senators walked across the hall to the historic Old Senate Chamber where they joined incumbent Republicans to meet privately and cast votes for the leadership slate.

In 2004, Thune of South Dakota stunned the political world when he knocked off the powerful Democratic leader, Sen. Tom Daschle. He served in the House before moving to the Senate. He currently chairs the Senate Commerce, Science and Transportation Committee.

Cornyn will stay on as an appointed member of the leadership, something McConnell said a few weeks ago he would offer to Cornyn his long time and trusted No. 2.

Cornyn and Thune are key spokesmen for the Republicans, outlining policy and political goals for the conference and answering the constant barrage of questions from the Capitol press corp. McConnell limits his interactions with reporters typically to only a few questions at a weekly news conference.

Thune, Cornyn and a few other GOP senators are considered possible replacements for McConnell when he decides to give up the post. He is already the longest serving Senate Republican leader in history and has said he plans to run for a new term representing Kentucky when he is up for re-election in 2020.

On the Democratic side, Senate Minority Leader Chuck Schumer was re-elected by affirmation, according to a source familiar. Other top Democrats held their positions, including Sen. Dick Durbin of Illinois as the number two and Sen. Patty Murray as the No. 3.