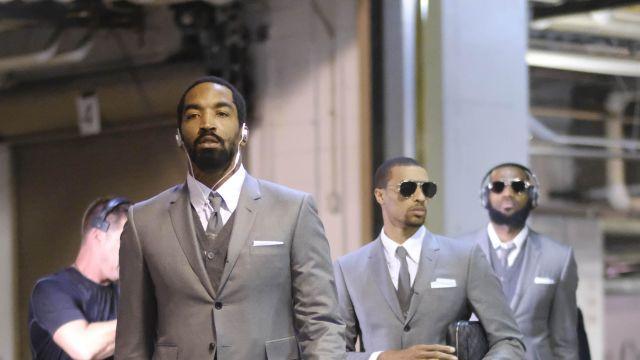 LONDON — Ermenegildo Zegna, the Italian fashion group known for its classic men’s suits, said on Tuesday it would buy a majority stake in Thom Browne, an insurgent American label, underscoring the family firm’s ambitions to reach new markets and court a younger set of customers.

The Zegna group said that it had reached an agreement with private equity firm Sandbridge Capital to acquire an 85 percent stake in Thom Browne Inc. in a deal that values the American company at $500 million. The purchase — involving a historic brand acquiring an upstart — points to the surging popularity of small brands and high-end casual wear, a trend that has upended the global luxury industry.

Thom Browne, a onetime actor who founded his eponymous business with five suits and a small appointment-only shop in 2001, will hold the outstanding 15 percent stake. He will also continue in his current role as the brand’s chief creative officer, the Zegna statement said, while Rodrigo Bazan will remain chief executive officer.

“We were lucky to do this deal,” Ermenegildo Zegna, the Zegna Group’s chief executive and grandson of the company’s founder, said in an interview. “We have been looking for a trophy brand like Thom Browne for quite some time, but everything was either too big, too expensive or not attractive enough as a proposition.”

“Then this came up, and I knew that Thom Browne would be the perfect fit for us,” Zegna added.

Browne said he was “very excited” to have a partner in the Zegna Group.

“We weren’t looking for this deal, but when it came the opportunity was so interesting to us we knew we had to go for it,” Browne said in an interview on Tuesday. “From its size and the power that would bring to our business, to the Zegna approach to the level of quality I represent and also the nature of Gildo as a person, we knew this was a partnership that could work for both sides while allowing me to stay true to all my company stands for.”

Continued technological innovation and the pressure for growth have taken a toll on some smaller or stand-alone luxury brands in recent years. As a result, the financial heft, manufacturing operations and supply chain network offered by Zegna will undoubtedly be a boon to Thom Browne.

For over a decade, Browne has been praised as one of the United States’ great design talents, forging a reputation and business on a bold and provocative aesthetic, as well as a sly sense of humor, highlighted by his signature suiting — slim, gray and shrunken, often with a cropped ankle.

Originally known as a menswear designer, in 2010 Browne expanded into womenswear, later adding accessories, shoes and knitwear. Sandbridge Capital acquired a stake in 2016, an investment that allowed the brand to start ramping up its retail store network. By 2017, the label had moved its much-heralded womenswear runway show spectacles to Paris Fashion Week.

Annual sales now hover around the $100 million mark, split evenly among Asia, Europe and the United States. But while the brand is profitable and maintains a cultlike following, it remains relatively niche.

For Zegna, which posted annual revenue growth of 4.5 percent at constant exchange rates last year, the addition of Thom Browne to its portfolio offers an opportunity to reinforce its global fashion credentials. Zegna’s formal Italian suiting has long been a mainstay for the smart business elite, and the company also owns the womenswear brand Agnona and has the license to manufacture Tom Ford menswear.

The tastes of its clients, however, are fast changing.

Hoodies and sneakers have eclipsed ties and double-breasted blazers in the wardrobes of many professionals, with casual wear now the fastest-growing segment of the luxury industry, according to a recent report by the consulting group Bain & Co. Small and independently-minded brands are also climbing in popularity as younger consumers appear to eschew conformity in favor of standing out. “This was a huge acquisition — the biggest purchase ever in our 108-year history,” Zegna said.

He stressed, though, that there would be no further deals for the time being. “We are not a big luxury group, we are a family business,” he said. “Thom Browne was very expensive for us, but it was worth it, given its high double-digit growth across product lines and sectors, Thom’s visionary approach and the access it gives to a new breed of clientele.”

Zegna has already made attempts to capitalize on these trends. It has unveiled plans to open new stores in locations including Beijing, Mexico City, Singapore and Tokyo, and is selling new products like a “wash and go” luxury merino wool suit, alongside its traditional off-the-rack and bespoke business, where suits go for upward of $5,000. Alessandro Sartori was also named the group’s artistic director in 2016 as it sought to unify its more classic and hipper lines under a single, more fashion-forward aesthetic.

The purchase of a new brand to add to the Zegna empire, however, suggests the group wants to take on yet another frontier. Browne said that a priority would be opening new namesake stores that allowed him to showcase his collections in an environment he could control.

Zegna said that he and Browne “shared the same passion for excellence and impeccable, modern tailoring.” The Thom Browne brand would remain independent and autonomous from the rest of the Zegna Group, he added, though both businesses would learn from each other.

“I know that this was a smart move for us and takes both Zegna and Thom Browne in an exciting direction,” Zegna said. “It has been a pleasure to work all together these last few months, and it is an agreement on all sides made by real gentlemen.”