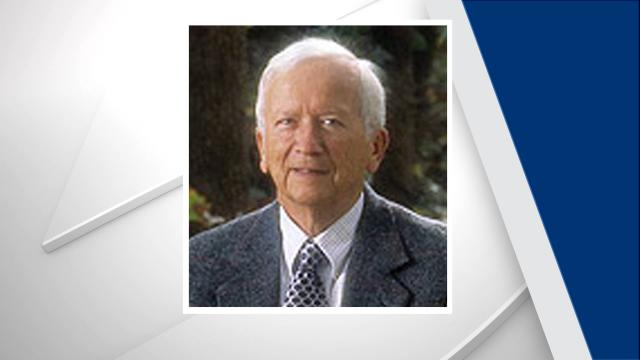 Raleigh, N.C. — How's this for strange bedfellows: A wealthy North Carolinian who has funded anti-immigration groups has also given hundreds of thousands of dollars to North Carolina legislative Democrats.

Fred Stanback, heir to a headache powder fortune and the best man at Warren Buffett's wedding, has given more than $100,000 in the last few months alone to Democrats hoping to beat the Republican legislative majority in the General Assembly. Twenty candidates got at least $5,000 each.

Stanback is a philanthropist and environmentalist, giving tens of millions to various causes. But some of those causes are problematic for liberals.

He established an internship program years ago at his alma mater, Duke University, through the Nicholas School of the Environment. The program caused controversy when students were sent to intern not just with environmental organizations but with some of the country's most prominent anti-immigration groups.

Stanback, like some other environmentalists, appears to be concerned about overpopulation. When The Indy wrote about his internship program in 2013, he told the publication that, "because the majority of population growth in the U.S. is coming from immigration (mostly illegal) and few other environmental organizations are addressing this issue, I think students of the environment need to know about this."

Stanback did not respond to a WRAL News email seeking comment.

Two Democrats who benefited from Stanback's donations this year said they didn't know him well and weren't familiar with his position on immigration. None said anything about returning his money.

Rep. Pricey Harrison, D-Guilford, knows Stanback well. The two agree on environmental issues and disagree on immigration, and he gave her campaign the maximum donation allowed: $5,200.

"The most well-intentioned man on the planet," Harrison said. "I don't know that there's a bigger environmental philanthropist on the planet."

Rep. Joe John, D-Wake, said he's likely spoken to Stanback only a couple of times and has not heard him discuss immigration.

"I appreciate his contribution just like any other," John said. "I appreciate it, but it doesn't necessarily bind me to any course of action."

A number of Stanback's donations this year went to Democrats challenging sitting Republicans in the General Assembly. Kirk deViere, who's running for the state Senate in Cumberland County, didn't initially recognize Stanback's name when contacted.

After some research, deViere texted: "I do not hold Mr. Stanback’s views on immigration and instead am focused on bringing people together to find common solutions, including ensuring that our county has safe, clean drinking water."

Going back to the 1990s, Stanback has donated more than $450,000 to North Carolina political candidates.